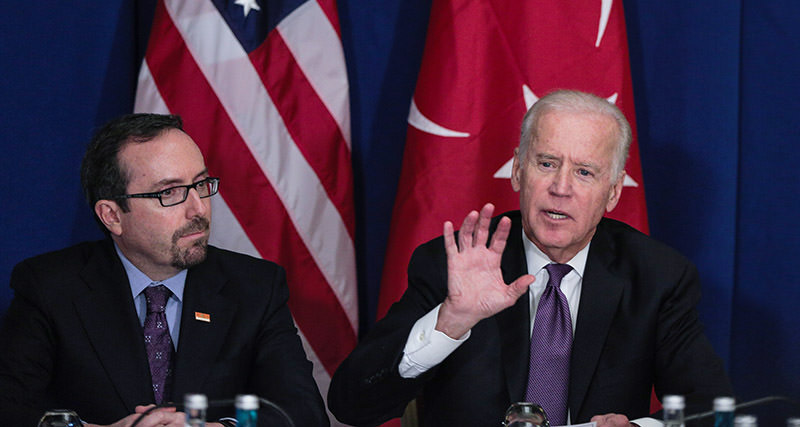 |AA Photo
by Daily Sabah with Wires Jan 22, 2016 12:00 am
In a roundtable meeting about the Kurdish issue with Turkish politicians, U.S. Vice President Joe Biden said that the PKK is accepted as a terror organization by the world.

While talking about the Kurdish issue, Biden said "The PKK is internationally accepted as a terror organization and will remain to be so."

The meeting was attended by Galip Ensarioğlu and Orhan Miroğlu from the Justice and Development Party (AK Party), Sezgin Tanrıkulu and Fikri Sağlar from the Republican People's Party (CHP), Ayhan Bilgen and Leyla Zana from the pro-Kurdish Peoples' Democratic Party (HDP).

Oktay Vural from the Nationalist Movement Party (MHP) did not attend the meeting in spite of being invited.

After the meeting, HDP's Altan Tan told Al Jazeera that Biden said he does not approve that the PKK digs ditches and makes use of weapons. According to Altan Tan, Biden does not think that the PKK and PYD are related.

Tan also quoted Biden saying "The political struggle in Turkey has to be with democratic means and the government has to solve these problems with the new constitution."