FM Çavuşoğlu speaks with US counterpart Kerry on phone regarding Syria 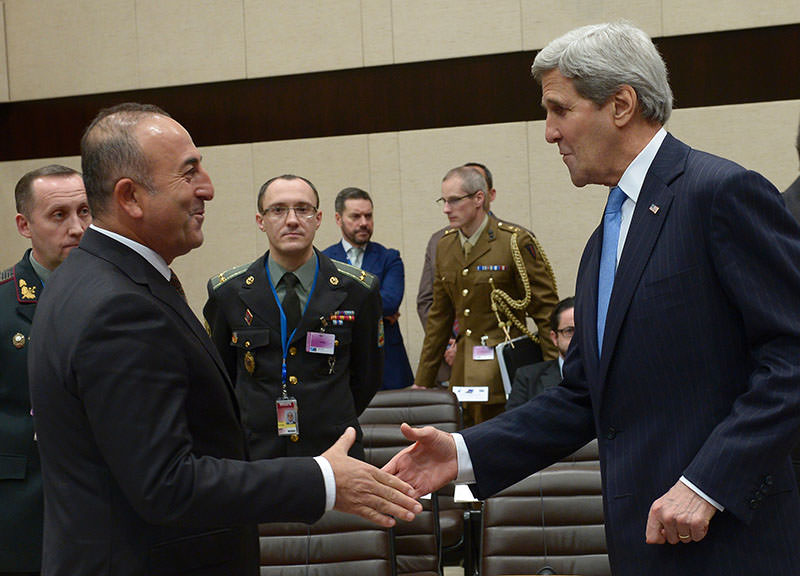 The two talked about the recent developments in Syria, especially Russian air strikes in the country, according to diplomatic sources.

Russia began its air campaign on Sept. 30 in Syria. It has been one of the strongest supporters of Assad since the start of the uprising in 2011.

Çavuşoğlu and Kerry also touched upon the upcoming Geneva talks (set to begin Monday but will likely be delayed), which are part of a U.N. plan that envisions an 18-month timetable for a political transition in Syria.

Meanwhile, the Syrian government will not make any new concessions in future peace talks at a time when the Syrian army is making progress in different parts of the country, a senior official in Assad's ruling Baath party said in remarks published Sunday.

"We are not going to give today what we did not give over the past five years," said al-Hilal late Saturday.

The Syrian opposition says Assad should have no role in Syria's future, even during a transitional period. Assad, whose family has governed Syria for more than four decades, has said he will only step down if voted out.
Last Update: Jan 25, 2016 2:47 pm
RELATED TOPICS