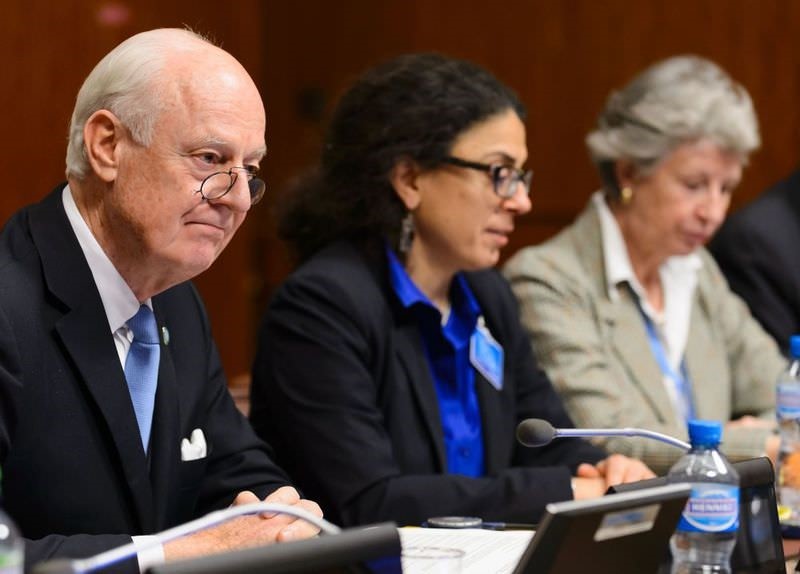 Opposition groups have decided to end their boycott and head to Geneva to find an end the violence in Syria, but whether the talks will be able to meet the opposition's demands remains uncertain

Although opposition groups have belatedly agreed to attend the Syrian peace talks that began on Friday in Geneva, uncertainty concerning satisfying the demands of the groups continues, which could foreshadow the results of meetings regarding the future of Syria and its ongoing civil war.

The High Negotiations Committee (HNC), which represents the main body of the Syrian opposition, had demanded a halt to attacks on civilian areas, the release of detainees and a lifting of blockades if it is to attend the indirect talks with the regime delegation. The measures were mentioned in a U.N. Security Council resolution approved last month that endorsed the peace process for Syria.Regarding the demands, the opposition delegation met at a Geneva hotel with U.N. special envoy to Syria Staffan de Mistura for the first time on Sunday, demanding President Bashar Assad's government be made to comply with the U.N. resolution on humanitarian aid and human rights.

"We only came to Geneva after receiving assurances and commitments, and we have precise commitments on the fact there would be serious progress on the humanitarian situation," said Bassma Kodmani, who is part of the opposition negotiating delegation.

"We can't start political negotiations until we have those gestures," he said.

Following the meeting, de Mistura said, "I am optimistic and determined because it's a historic occasion not to be missed."

Stressing the importance of the talks to end the civil war, especially in terms of the ongoing humanitarian crisis, referencing the village of Madaya, U.S. Secretary of State John Kerry said in a statement on Sunday: "The Syrian regime has a fundamental responsibility to facilitate humanitarian aid to people in besieged areas."

He also called the talks a real opportunity to end the Syrian civil war.

That optimism was not felt by the opposition body, which said there is a possibility that it will leave the talks if its demands are not met. After the meeting, the coordinator of the HNC, Riad Hijab, said the delegation in Geneva might walk out of peace talks if the Syrian government and its allies continue to escalate a bombing campaign in opposition-held areas and hamper the delivery of humanitarian aid to besieged areas.

He said in an online statement that without U.N. and international pressure to force the Syrian government to end these "violations," there would be no justification for the main opposition group to remain in Geneva.

Syrian Ambassador to the U.N. Bashar al-Jaafari told reporters in Geneva that Damascus wants to end the violence that has been ravaging Syria for nearly five years and lamented that the main opposition was "not serious."

Previously, the opposition delegations that met in Riyadh on Thursday decided not to attend the talks in Geneva until an agreement was reached to end airstrikes and bring aid to besieged towns.

Although the talks started on Friday without the HNC, later on it decided to attend, according to the Al-Arabiya Al-Hadath news channel on the same day.

"The HNC decided to participate in the Geneva talks after receiving American and United Nations guarantees," the news channel said.

The delegation arrived in Switzerland on Saturday evening to join the talks with 17 negotiators and 25 other representatives.

The talks follow two rounds of negotiations that collapsed in 2014. It is part of a process that previously led to a U.N. resolution last month that includes an 18-month political transition period in Syria, the drafting of a new constitution and setting elections.