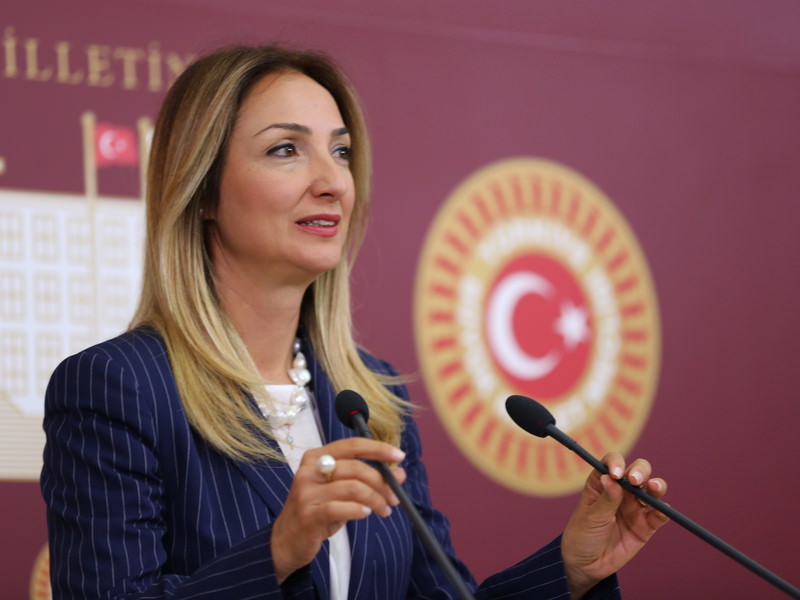 by Daily Sabah Feb 03, 2016 12:00 am
The Central Executive Committee of the main opposition Republican People's Party (CHP) took a decision on Wednesday to refer one of its deputies, Aylin Nazlıaka, to the disciplinary committee for dismissal from the party.

The decision was taken in the wake of Nazlıaka's previous remarks that a CHP deputy had taken down a portrait of Mustafa Kemal Atatürk, the founder of the Republic of Turkey, from their office wall at Parliament, which is a convention for every deputy to have it hung in their offices.

Nazlıaka allegedly asked the unnamed deputy why they had taken down the portrait, and got the answer: "It is now time to say new things."

After the news came out, the unnamed CHP deputy hung the portrait back on the wall, according to Nazlıaka.

The CHP never confirmed if the incident was true and never gave details, and Turkish media was informed of the incident by Nazlıaka.

Following her referral to the party's disciplinary committee, Nazlıaka immediately issued a statement saying:"My struggle for Atatürk's reforms and Republican values will be ongoing until my last breath."