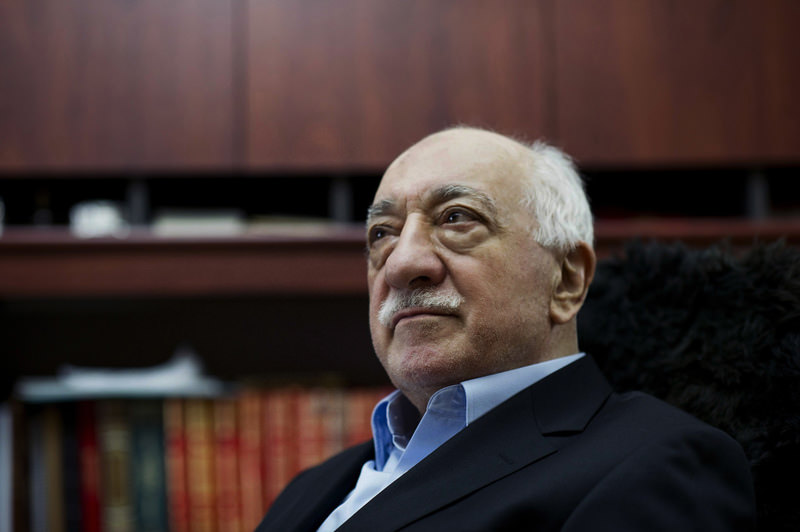 Lawyers representing U.S.-based shadowy imam, Fethullah Gülen, have reportedly asked a federal judge to dismiss a lawsuit that accuses him of masterminding human rights abuses in Turkey. Gülen is labelled the leader of a terrorist organization and faces arrest warrants in three different cases

The suit contends Gülen ordered sympathetic police, prosecutors and judges in Turkey to target members of a rival religious movement critical of his teachings.

Robert Amsterdam, founder of U.K.-based firm Amsterdam and Partners LLP, stated that the suit, dated Dec. 7, had been filed in a U.S. district court in Pennsylvania, where Gülen has lived since 1999. The suit underscores the widening campaign against the Gülenist structure in the Turkish state apparatus, especially the judiciary, police department and the army. The U.S. suit alleges Gülen ordered his followers in the police to unlawfully arrest and detain members of a rival religious movement in 2009. It names three plaintiffs, individuals not widely known, who have criticized Gülen and alleges that, on Gülen's orders, his followers "illegally planted evidence, fabricated search warrants, secured illegal wiretaps and ultimately arrested plaintiffs without any legal basis."

Amsterdam, of Amsterdam and Partners LLP, says the claims against Gülen and 50 of his unnamed and unidentified followers were being brought under the Alien Tort Statue, an 18th century law that has been used to try human rights cases from around the world in U.S. courts. "We're suing them... in respect to these false imprisonments. Mr. Gülen has a long history in Turkey of engaging his followers aggressively and falsely imprisoning hundreds of people," he said.

Amsterdam stressed the need for a comprehensive investigation into the activities of the movement, which "portrays itself as an educational movement" indulging in interfaith dialogue activities. He said there are serious claims received from third parties, who accuse the Gülenist network of breaching U.S. law.

Members of the controversial movement, who allegedly forge documents to get U.S. visas or funds for their charter schools, have no transparency, said Amsterdam, adding that the shadowy network also seems to make use of legal gaps in the American judiciary. He added that some of the teachers who worked at the movement's schools in the U.S. have reported many illegal activities revealing the lack of transparency in the Gülenist structure. Amsterdam said the movement is also taking strong political stances and bolsters its power through donations to politicians.

He explained the Gülenist structure as an organization that aims to take a political stance with its soft power in the media, think tanks and other organizations that lack transparency.

Amsterdam argued that an international investigation launched against the Gülen Movement will be of benefit to everyone and is necessary in terms of the accountability that global norms require. He additionally brought up the series of allegations of infiltration into the police department and judiciary via illegal means and other illegal activities.

He also reported that since the announcement of the press conference, his office "is already receiving death threats from the Gülen organization."

In 2014, the Federal Bureau of Investigation raided 19 charter schools affiliated with the movement in Ohio, Indiana and Illinois for reasons allegedly related to crimes linked to education tenders.

The movement's first school was established in Ohio in 1999 and currently operates 140 charter schools in 26 states in the U.S. Another charter school was shut down in 2011 for bribery charges.

Their schools have faced closures elsewhere in the world. Azerbaijan, a close ally of Turkey, shut down schools the movement operating within its borders shortly after a visit from President Recep Tayyip Erdoğan. This domestic policy was followed by Gabon and Senegal. In January, Tajikistan announced that it will not extend the agreement it made with the Gülen Movement over permission to operate schools in the country. Similarly, Kosovo, Congo, Kazakhstan, Japan and Somalia have launched processes to close the movement's schools.

The activities and operations of the Gülen Movement in the U.S. and Turkey have been scrutinized by a number of American media outlets questioning the movement's motives, opacity and why the U.S. government is providing refuge to Fethullah Gülen, who is currently facing numerous charges, including treason and extradition.
RELATED TOPICS