Kepel: EU should deepen ties with Turkey in fight against PKK, refugee crisis 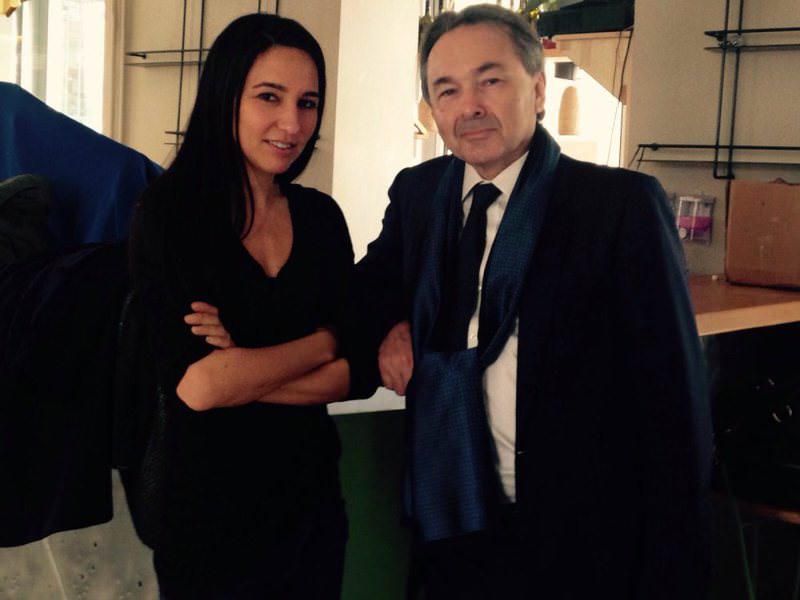 D.S.: Turkey is fighting against the PKK terrorist organization and the PYD is targeting security forces with weapons provided by the U.S. What are your thoughts on that?

Today, Turkey has found that the region on its border has been seized by DAESH, the PKK and the PYD. Despite its desire to play a major role in the Middle East, it was subjected to attacks organized in the provinces of Gaziantep, Şanlıurfa and Diyarbakır. Now, borders are constantly under surveillance and there is a security problem. The Syrian crisis also ended efforts towards regional and international reconciliation. Consider the current picture of the Mediterranean. In my youth, we used to head to Turkey for Blue Cruises and spend a peaceful and quite time there. Today, the beaches in Bodrum and Behramkale have become makeshift ports for immigrant boats. Greece is occupied by migrants and extremists. France was subjected to attacks by extremists who came from Syria to France through Belgium. The Mediterranean has turned from a region of cooperation to a region of danger. My concern is that countries are still not taking the necessary precautions. We cannot create a new Mediterranean policy. In other words, cooperation, progress and security policies must be highlighted.

D.S.: Ankara thinks it is being left alone regarding the counterterror fight and aid for refugees. What are your thoughts on that?

The cooperation between Turkey and the EU should gradually increase for this very reason. This would work in the favor of both Turkey and the EU. As for the French, this is easy to see. Many extremists head to France from regions seized by DAESH. Some of them return since they regret it, while others return to organize terrorist attacks. We will be confronted with danger unless Turkey stops and turns extremists over to France. But today, cooperation is moving in a positive direction. Boundaries should not only be set with France. The EU and Turkey also must come up with a balance in policies regarding each other. Currently, relations are more developed than they were at the very start of the conflict.

D.S.: You mention cooperation. But imagine that some terrorist attacks are conducted on Corsica and the French military launches an operation on the island thereafter and some sophisticated weapons of the U.S. are seized during the operations. What kind of cooperation can there be in that scenario? What would you think as a French citizen in this case?

This is the exact problem. As long as DAESH exists, those fighting the terrorist organization will have some advantages as anti-DAESH fighters. The U.S. is backing the PYD since it regards the organization as an anti-DAESH group. In the eyes of the U.S., those weapons are used against DAESH. And, you say that those weapons are used against Turkish security forces on the other side of the border. This indicates that the Syrian crisis will impact all neighboring countries if it is not resolved.

D.S.: Can we prevent PKK and DAESH terror?

Terrorism should not be regarded as an insolvable problem. When the recent history of Turkey is viewed, it is seen that the PKK problem was on its way to resolution before the war in the Middle East intensified. The PKK did not always follow the same line. The conflicts kicked off again a short while ago. Before that, a peaceful atmosphere had been prevalent for a long time and resolution was about to be introduced. Terrorism has its own economic policy. It is motivated to kill a maximum number of people while harming and terrorizing the enemy as much as possible. It also tried to create a group of sympathizers. If it fails to have enough sympathizers, it will dissolve and its violence returns to itself. For instance, in Algeria, the Armed Islamic Group found public sympathy in 1997, but then it was marginalized since the violent methods it resorted to diverted it from the society that the organization claimed to defend. The same thing goes for Osama Bin Laden. Despite the effects of Sept. 11, he could not successfully acquire a sufficient number of sympathizers.

D.S.: How do you regard Russia's aggressive attitude in the region? The Kremlin creates tension by constantly violating Turkish airspace and bombarding Syrians from the air.

Russia is watching its own interests in the region since it is afraid of being completely excluded from the region. They still remember the day when they were dismissed from Egypt. President Bashar Assad's Syria is the only location where the country can have influence on the region. A year and a half ago, I had a chance to meet Yevgeny Primakov, who is a former prime minister and former chief of KGB. I asked him the very question you have just asked. He said: "Assad has no credit in our eyes because the continuity of the war will also cause a disaster in our own domestic affairs. Thousands of Chechens, who are Russian citizens and have been trained in camps, will head to Russia after battling in Syria. They will terrorize Russia." As for the Chechen terrorists, they had organized a terrorist attack at the Moscow Duma Theater, killing hundreds. The second important aspect is that Assad's policy against the opposition is the same as the policy implemented by Algerian generals during the 1990s. To be precise, Assad is motivated to eradicate the opposition. Since the beginning of the revolution in Syria in March 2011, Assad discharged all radical Islamists from prison. He caused a dire atmosphere of conflict within the opposition between Salafists and seculars and Sufis and members of the Muslim Brotherhood. This was a policy implemented deliberately from the very beginning.

D.S.: Today, some of the terrorist attacks are organized by the youth born in Europe, right?

Young Europeans have been brainwashed throughout the process. The subversion of the Arab revolution also played a major role in that. The people of Arabic origin who grew up in Europe headed to the Middle East. Then they returned to Europe to organize terror attacks. The third important factor is that this movement is quite widespread within European jails. Imprisoned extremists brainwash other prisoners by saying that, if you are here, this not your fault. Infidels imprisoned you. You can save your soul and claim your rights by fighting. In sum, many different factors came together and made the perfect storm. In my book, I also mention that the subject was not analyzed for a decade.

D.S.: Did the U.S. have an influence on the emergence of DAESH?

If Sunni Iraqis had been granted political guarantees, reassuring that they would not be the last wheel of the vehicle, DAESH would not have had so much support from Sunnis. In 2003, during the U.S. invasion of Iraq, the U.S. and its allies made a great mistake by giving Iraq to the Shiites. This marginalized the Sunnis and, as a result, they backed up the insurgents, enabling support for DAESH. For this reason, the U.S. had to resign Iraq to Iran, which has been its greatest opponent. Today, Iran is the guardian of Iraq.

D.S.: Where are we heading?

I have been studying the Middle East for 35 years and I have not witnessed such a dangerous period before now. There have never been so many places which were unreachable until now. This chaos will unfortunately continue, unless the situation is realized and a general reconciliation is sought. The EU will not be a stability factor, but become a mere target if it does not take any measure and maintains its political ineffectiveness and lack of capacity despite being a major power in the region. This will influence Turkey and its neighbors.
Last Update: Feb 09, 2016 1:08 am
RELATED TOPICS