We do not consider YPG as terrorists, will continue to support them: US State Dept Spox 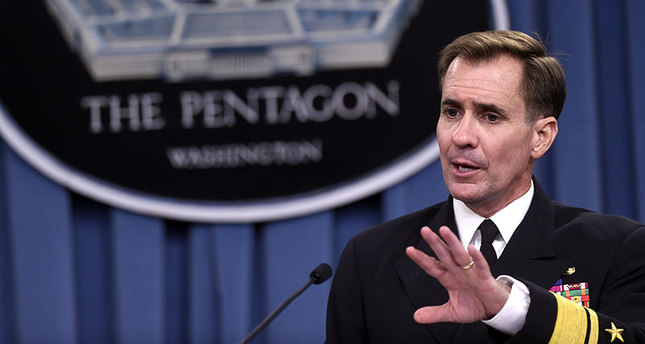 by Daily Sabah Feb 09, 2016 12:00 am
The spokesperson for the U.S. State Department said that the U.S. does not consider the YPG, the armed wing of PYD that controls large swathes of northern Syria, as a terrorist organization and will continue to support the militant group.

Speaking in Washington, D.C. on Monday's daily press briefing, Spokesperson John Kirby said that they are aware of Turkey's concerns on the YPG, however, it is one of the most successful forces in the fight against Daesh.

Asked whether the U.S. considers the YPG as allies or partners, "Syrian Kurds are our partners against Daesh," Kirby said.

Following this move, President Recep Tayyip Erdoğan, speaking over the weekend to journalists on the return flight from his 5-day Latin America visit, said the U.S. should decide who its regional partner is, Turkey or the terrorists in Syria. He added, along with the rest of the international community, the U.S. should recognize the PYD as a terrorist group.

The PYD is largely accepted as the Syrian wing of the PKK, which is recognized as a terror organization by the U.S., the E.U and NATO. Its armed wing YPG was accused by various NGO's - including the Amnesty International - of committing wide-scale human rights violations, which include ethnic cleansing, forced migration or deploying children.
Last Update: Feb 09, 2016 4:17 am
RELATED TOPICS