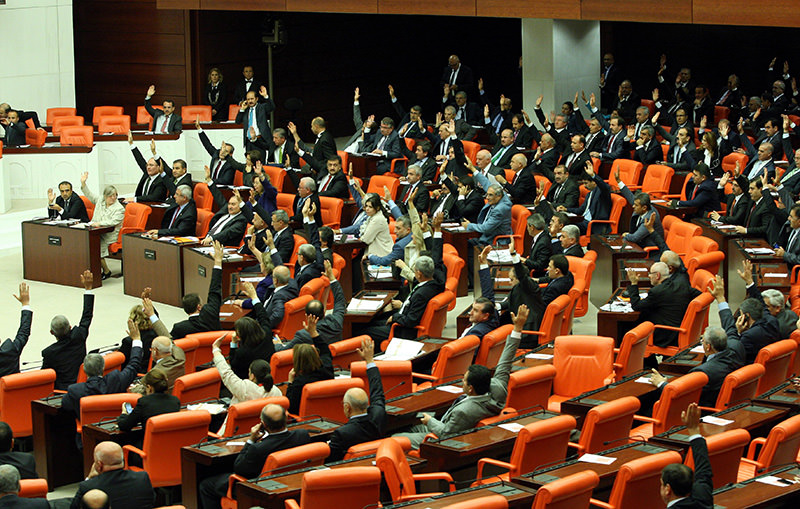 by Daily Sabah Feb 15, 2016 12:00 am
Hüseyin Çelik, former minister of education and culture from the Justice and Development (AK) Party, spoke out for the first time on why the Turkish parliament rejected Turkey's participation in the invasion of Iraq.

On March 1, 2003, a motion allowing Turkish military to participate in the U.S-led coalition's invasion of Iraq, along with the permission for foreign troops to be stationed in Turkey for this purpose, was overruled by the Grand National Assembly of Turkey (TBMM) by a tight margin. This decision affected almost every aspect of Turkey's foreign policy and its moves in the neighboring Middle East region over the past 13 years.

Despite the fact that 264 deputies voted in favor of the mandate, it fell just three votes short of the required 267 votes and the mandate was rejected. The voting was one of the first foreign policy challenges of the AK Party, which came to power in November 2002, and the results were hotly debated at the time and the years to come. In addition to opposition Republican People's Party's (CHP) 178 votes, 72 members of the AK Party voted against the mandate, while 19 others abstained from voting.

In an article published on his personal website on Monday, Çelik said that when the motion was discussed during a cabinet meeting, — chaired by then-Prime Minister Abdullah Gül — he and two other ministers would vote against it. Çelik revealed the names of the ministers as former Deputy Prime Minister Ertuğrul Yalçınbayır and former Minister of State Mehmet Aydın.

He added that he later personally told then Prime Minister and AK Party chairman Recep Tayyip Erdoğan that he will vote against the motion, saying that Erdoğan was in favor of approving it.

In his article, Çelik noted that the American and British claims for the invasion were completely false, and none of the international institutions like NATO, EU or UN Security Council were behind the move.

"The rejection of the mandate brought the reputation of the TBMM and our government to the top, and Turkey was spared from being a partner or supporter of an unjust and dirty invasion" Çelik said.

Çelik's statements were important as it was the first time a high-ranking AK Party official spoke over the mandate, which was voted in a closed session in the parliament. A recent proposal by the CHP to remove the ban on the secret notes of the proceedings was rejected on February 11.

Following the rejection of the mandate, the relations between Turkey and the U.S. were strained, reaching its climax on July 4, 2003, when the invading U.S. forces detained 11 Turkish soldiers operating in northern Iraq in the incident known as "The Hood Event." The incident fueled anti-American sentiments in Turkey as the footage on the treatment of Turkish soldiers was released.

The rejection of the mandate created logistical difficulties for the Coalition and prevented the assistance of Turkish military to be utilized in Iraq.

The public sentiment at the time was clearly against the mandate and Turkey's involvement in the invasion. However, in later years, the mandate became a source of debate in Turkey in terms of whether it would be more beneficial for Turkey to participate in the invasion.
Last Update: Feb 15, 2016 7:11 pm
RELATED TOPICS