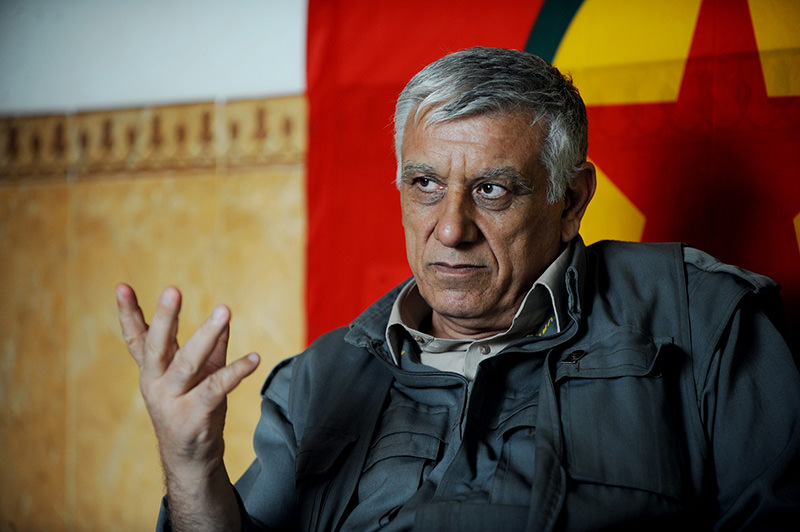 by Daily Sabah Feb 18, 2016 12:00 am
The leader of the PYD-affiliated PKK terror organization, Cemil Bayık, said on Thursday that he does not know who was behind Wednesday's car bombing in Ankara, but said the attack could be in retaliation for Turkish army's actions, according to the Kurdish Fırat news agency.

"We don't know who did this. But it could be an act of retaliation," Cemil Bayık was quoted as saying by the Fırat news agency, which is affiliated with the PKK terrorist organization, on Thursday.

"Probably whoever undertook the action [Ankara bombing] will explain why they did it. But it is obvious that some people's retaliation and undertaking return actions, in an environment that has a cruel war ongoing against Kurds, is an understandable situation," Bayık said.

Bayık further added, "A new era is coming in which the guerilla [PKK] will be more active inside the cities."

Prime Minister Ahmet Davutoğlu said on Thursday that the deadly Ankara attack was carried out by a YPG suicide bomber from Syria in collaboration with the PKK.

Speaking to reporters in Ankara, Davutoğlu said that the attack was carried out by a Syrian national named Saleh Najar, who was born in Syria's Hasakah province.

He said that Turkish security forces have detained nine people in connection with the deadly attack, which killed 28 people and injured 61, while noting that 26 of the 28 people killed in Ankara attack were soldiers.
Last Update: Feb 19, 2016 12:44 am
RELATED TOPICS