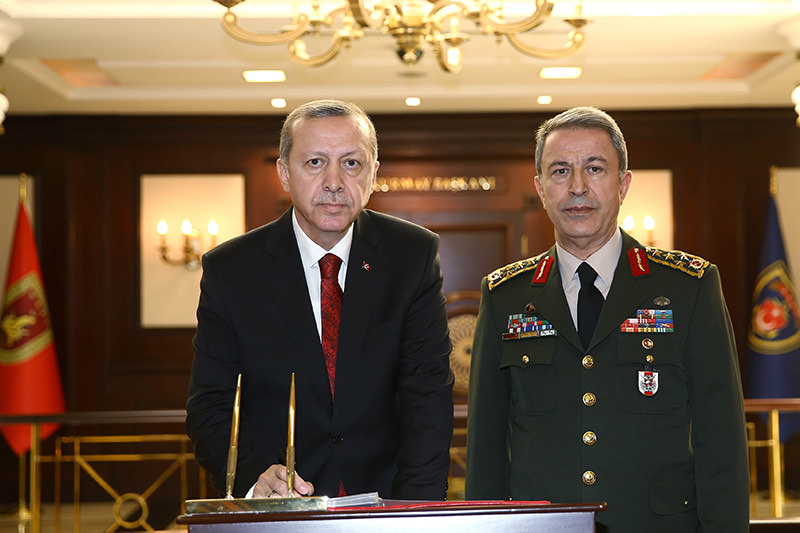 | AA photo
by daily sabah Feb 18, 2016 12:00 am
President Recep Tayyip Erdoğan said on Thursday that Turkey's initial investigation indicated the PYD and PKK terrorist organizations were responsible for Wednesday's terrorist attack in the capital Ankara, despite their leaders' denials.

"Even though those who head the PYD and PKK say this has no connection with them, based on the information obtained by our interior minister and our intelligence agencies, it is identified that this is done by them," he said.

Previously Salih Muslim, co-chairman of the PYD, said the group's forces had "no link" with the bombing, while the PKK's senior leader Cemil Bayık said that he does not know who was behind the attack.

The president said, "The bomb in Ankara shows that [counter-terror] operations undertaken in the face of recent terror attacks in Turkey have yielded serious results."

"With regard to our allies in the international arena, it will be understood how strong the PYD and YPG's connection with the PKK in Turkey is, which we could not [yet] explain. This will make it possible for our allies to understand us better. The U.N. will accept our just claims."

President Erdoğan also said that 14 people had been detained up to now in connection with the attack, but this number was expected to increase.

The Interior Minister Efkan Ala also had said earlier in the day that the operations to nab those responsible for the attack were ongoing.

A total of 14 people were detained in seven cities throughout Turkey in connection to the bombing, he had said, adding that some of the detainees were brought to the capital.