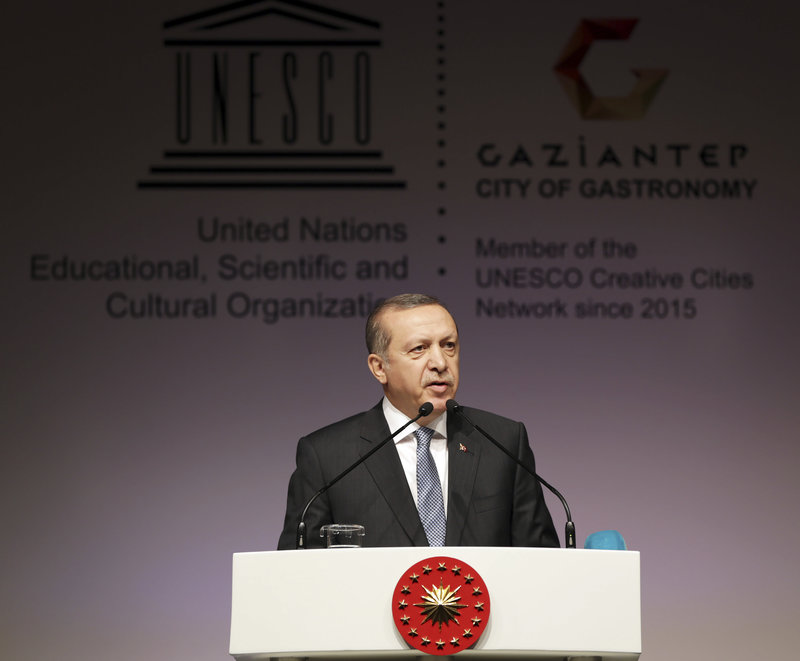 by Merve Aydoğan Feb 22, 2016 12:00 am
President Recep Tayyip Erdoğan will chair a Cabinet meeting for the first time since the Nov. 1 elections today with a full agenda including critical discussions on national security, the ongoing anti-terror operations throughout southeastern Turkey against the PKK terrorist organization and the developments in Syria. Although Erdoğan was expected to chair the Cabinet meeting on Feb. 29, it has been moved to an earlier date, due to the president's upcoming trip to Africa, from Feb. 28 until March 2, during which he will travel to the Ivory Coast, Ghana and Nigeria. As the president plans to chair the Cabinet meeting every other month, it has been reported by sources that he will alternatively chair the National Security Council meeting as well.

As the government continuously underlines the security threat of the PKK's Syrian affiliate, the Democratic Union Party (PYD) - especially following the deadly Ankara explosion by the terrorist organization -- the government is currently discussing altering the existing engagement rules to more comprehensive ones. According to sources close to the government, it has been indicated that all terror elements, including DAESH, the PYD and the People's Protection Units (YPG) across the border are to be considered a threat to national security, providing grounds for the security forces to take action when necessary. While this matter will likely be discussed by the government, sources also reported that it may be the topic of discussions at the Cabinet meeting on Monday. Furthermore, the Cabinet's agenda is occupied with another crucial issue; namely, Turkey's ongoing combat against the PKK terrorist organization as well as anti-terror operations being conducted by the Turkish security forces in southeastern Turkey.

Prime Minister Ahmet Davutoğlu announced on Saturday that new security measures are to be applied where more security forces will be deployed, with their presence becoming "more visible" as part of the new plan. In this regard, the Cabinet members will also discuss the new plan's details comprehensively. While Turkey's national security matter tops the agenda of the meeting, developments in Syria will also be discussed in lieu of the "temporary hold" on Geneva talks until Feb. 25, announced by the U.N. special envoy for Syria. Along with the Syria issue, the ongoing refugee crisis as well as a possible new wave of refugees at the border will be discussed.

President Erdoğan first chaired the Cabinet meeting on Jan. 19 of last yearafter being elected president. While he has chaired a total of four Cabinet meetings during his presidency, the most recent meeting with the Cabinet members was on Dec. 14 at a dinner in the Presidential Palace.
RELATED TOPICS