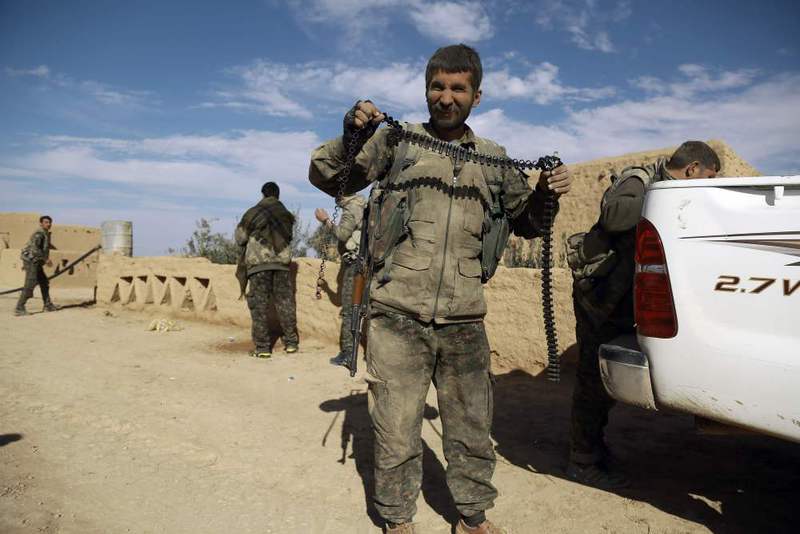 by Anadolu Agency Feb 25, 2016 12:00 am
The Syrian PYD affiliate of the terrorist PKK organization has committed war crimes in areas it controls in Syria, including forced migration, said a report issued on Tuesday by the Turkey-based Foundation for Political, Economic and Social Research (SETA).

According to the report, the PYD terrorist group has supported the Bashar al-Assad regime in an attempt to benefit from the Syrian civil war, which started in 2011. Drawing attention to oil-rich areas in northeastern Syria mostly populated by Kurds, the report said the Assad regime formerly saw the Kurdish population as a threat.

"The PYD, unlike other Kurdish groups in northern Syria, established a pro-Assad policy and started supporting the Mukhabarat, the Syrian secret intelligence service, and pro-Assad Shabiha forces. The regime-affiliated forces abandoned PYD-captured areas to its armed wing, the YPG," said the report.

Describing the PYD as "an armed non-state actor controlling areas in northern Syria," the report said the PYD was trying to establish itself as "the only authority" in the region, while denying other regional communities "a right to live." The report also said the PYD was benefitting from the presence of DAESH in Syria to present itself as "a useful actor" in U.S. counter-terrorism operations.
RELATED TOPICS