President Erdoğan expects PM Davutoğlu to return with 3B euros 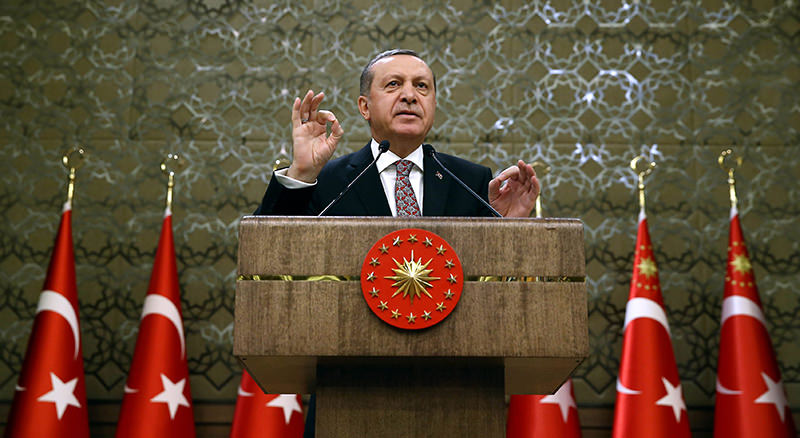 | Sabah Photo
by Daily Sabah with Agencies Mar 07, 2016 12:00 am
President Recep Tayyip Erdoğan on Monday criticized the European Union for a four-month delay in disbursing a promised 3 billion euro fund for refugees agreed under a readmission deal signed in November.

"It's been four months. They are yet to deliver," Erdoğan said in a speech in Ankara, as Prime Minister Ahmet Davutoğlu held summit talks on the refugee crisis with EU leaders.

"Mr. prime minister is currently in Brussels. I hope he will return with the money," said Erdoğan.

The EU has pledged to provide 3 billion euros [$3.2 billion] in aid for refugees hosted in Turkey, visa liberalization for Turkish citizens and speeding up of the candidate country's EU accession process.

In exchange, the EU is expecting Turkey, which hosts the largest number of Syrian refugees in the world, to stop migrants and refugees from entering Europe via its neighbor Greece.

Erdoğan also noted that Turkey has spent 10 billion dollars on 2.7 million Syrian refugees in the country.

Turkey, which hosts over 2.7 million Syrian people since April 2011, shelters more refugees than any other country in the world, according to the U.N. Refugee Agency.