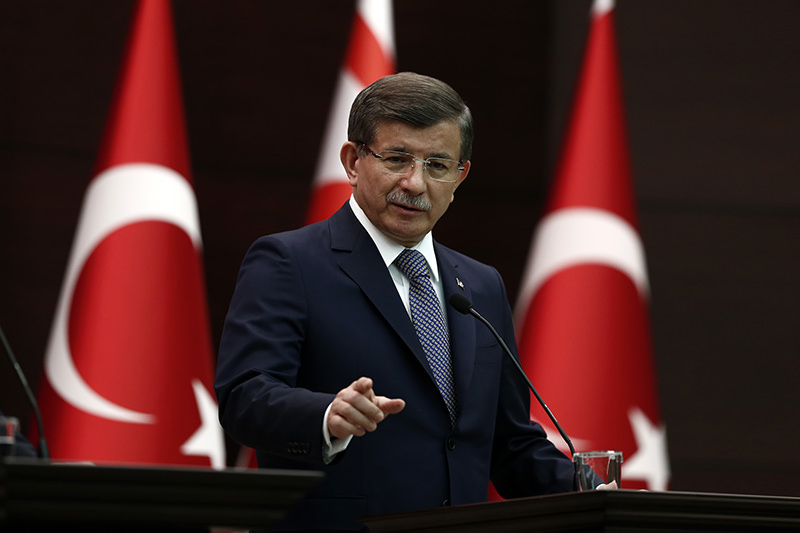 Prime Minister Davutoğlu said Thursday that supporters of terror would no longer stay in Parliament and that all parties must immediately take a clear stance on the issue of lifting parliamentary immunity.

Speaking at the dinner given at the Çankaya Mansion for the families of the March 13 Ankara attack victims, Davutoğlu said "Those who support terror and terrorists won't be able to hide behind the cloak of parliamentary immunity". He added: "If there's anything worse than terror attacks themselves, it is the political parties that support them."

The PM also pointed out that the People's Democratic Party (HDP), whose deputies have been charged with "making terror propaganda" recently and in the past, was not the only opposition party that 'sympathized' with terrorism.

The premier slammed main opposition CHP for being a "sympathizer of terrorists".

"Just recently, 10 leftist terrorist groups announced that they have formed an alliance with the PKK in Qandil, the same day [HDP co-chair] Demirtaş made a call of unity to the CHP, " said Davutoğlu, adding that while 10 terrorist organizations in Kandil were declaring war on Turkey, there were other alliances trying to be made.

Davutoğlu reiterated that all terror organizations, whether Daesh, the PKK, DHKP-C or any other terrorist group under a different name would not prevail and would be "defeated". "You [terrorists] will kneel down in front of the mighty Turkish nation," he said.

Underlining that all parties had made a joint call to put an end to terror, Davutoğlu said that he expected every party to "speak loud and clear" on the issue.