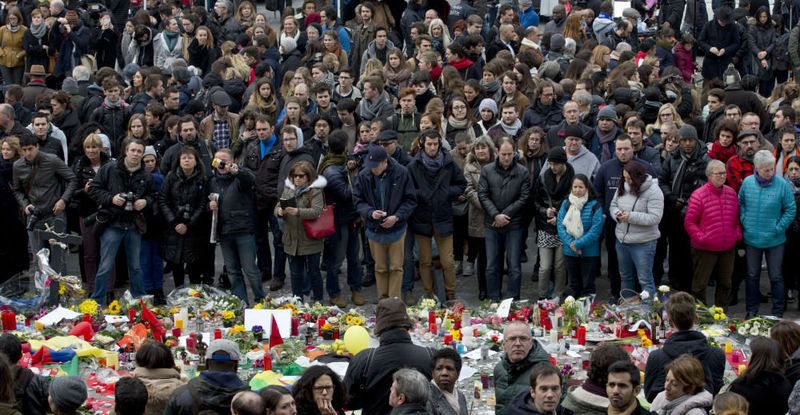 Four DAESH suspects, including one of the Brussels attackers, were captured in Turkey last summer, and two of them are still locked up in the country while Belgium set the Brussels attacker free despite Turkey's notification, Daily Sabah has learned. Belgium is in a tight spot especially after justice and interior ministers submitted their resignations to the prime minister following the incident, which were rejected

Turkish authorities captured four militants in Gaziantep province last August, including Brussels attacker Ibrahim El Bakraoui, and imprisoned two Turkish citizens, as part of the fight against DAESH, security sources told Daily Sabah. Despite Turkish warnings, Belgian Justice Minister Koen Geens, claimed that Belgian authorities were unaware that he had links to any terrorist group. El Bakraoui was detained last June and deported to the Netherlands in July. Turkish authorities warned their European counterparts they suspected him of being a militant fighter.

Belgium's interior and justice ministers offered their resignations over the Brussels attacks but were rejected by Prime Minister Charles Michel, Belgian media said on Thursday. As the country is under fire for its failure to catch the DAESH suspects identified by Turkish authorities, Michel acknowledged the situation on the day of the attack, saying, "What we feared has happened." Interior Minister Jan Jambon said on a TV program that Michel had asked him to stay on, stating: "In time of war, you cannot leave the field." The first official said Bakraoui's deportation in July had been based on police suspicions that he was a militant fighter, but no crime was committed in Turkey, and the official described his expulsion as an "administrative deportation."

"The police were looking at him and came to the conclusion that he may be a foreign fighter. He was picked up in Gaziantep," the official said, declining to be named because of the sensitivity of the case.

President Recep Tayyip Erdoğan said on Wednesday that Bakraoui had been deported on July 14, 2015, and that Belgium had subsequently ignored a warning the suspect was a militant.

''The Belgian Embassy was notified on July 14, 2015 about the deportation of the attacker, who was later released in Belgium,'' Erdoğan said, and added that Belgium did not find terror links to the suspect, despite Turkey's warnings.

Erdoğan continued by saying that the Netherlands was also involved in the matter as the suspect was deported to the Netherlands at his own request and Dutch authorities were also informed about the incident.

Bakraoui is one of two brothers named by Belgium as responsible for the attacks that killed at least 34 people in Brussels on Tuesday. DAESH has since claimed responsibility for the attacks in which both brothers are believed to have died.

The Yeni Safak daily said Turkish police had detained Bakraoui after ascertaining that he planned to go to conflict areas in Syria.

The newspaper also said his brother Khalid had entered Turkey on Nov. 4, 2014, via Istanbul's Atatürk International Airport and was monitored by security forces before leaving the country again 10 days later. The newspaper said this occurred more than a year before Belgium issued a notice for his arrest.Turkish officials could not immediately confirm that Khalid had also been in Turkey.

LIFE CAME TO A HALT IN EUROPE

Life in Belgium and Europe has been profoundly affected by the attacks. Thousands of soldiers were deployed in the streets, and several metro stations and the airport still remain closed. What is more, a friendly soccer match between Belgium and Portugal was called off, people are advised not to go out and several countries, including Turkey and Israel, warned their citizens not to visit the country and for those already there to leave.

The attacks sent shockwaves across Europe and around the world, with authorities racing to review security at airports and on public transport, and rekindled debate about European security cooperation and police methods. Michel canceled a trip to China and convened his inner cabinet to discuss security.

Belgian authorities have been accused of neglecting Muslims and failing to help them find jobs to shield them from people seeking to radicalize desperate young men. Youth unemployment has reached as high as 40 percent in some parts of Belgium. "Because of the difficulty of fitting into a hostile society, they look for alternative networks where they can blend in," counterterrorism expert Rik Coolsaet at the Brussels think tank Egmont said. "Gang activities and the foreign fighters' undertakings are carried out on the margins of the local environment where they grew up," Coolsaet said.

Just a few miles from the headquarters of NATO and the European Union, but effectively a world away, Molenbeek on the poorer side of the city's industrial-era canal has become a notoriously difficult place to track militants. Abdeslam was able to vanish into the streets of Molenbeek, some quarters of which are 80 percent Muslim, for four months, protected by family, friends and petty criminals, not far from his parents' home. Some problems are traced back to the 1970s when Belgium, still heavily industrial at the time, sought favor and cheap oil from Saudi Arabia by providing mosques for Gulf-trained clerics.
RELATED TOPICS