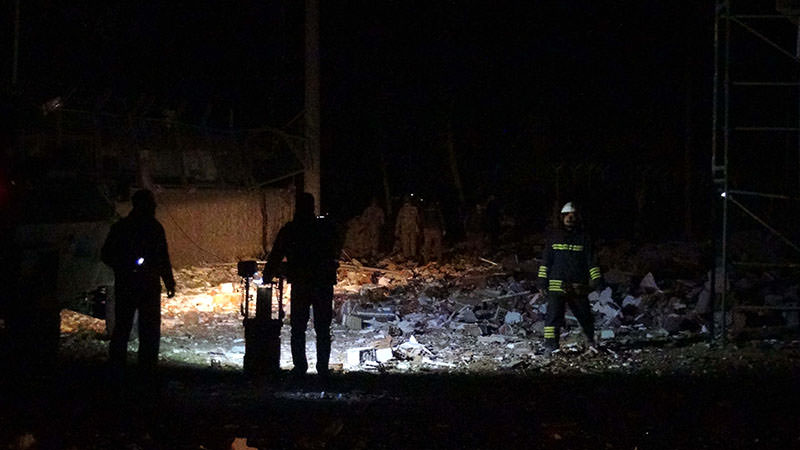 One building guard was killed and 11 others were injured in a bomb attack by PKK terrorists at a military station in the southeastern Mardin province early Saturday, security sources said.

According to security sources speaking on condition of anonymity, the attack took place at the military entrance processing station located in Mardin's Kızıltepe district.

One building guard was killed and 11 others, including one soldier and three children, were injured.

The wounded were taken to hospital for treatment.

More than 350 security personnel have been killed since the PKK, which is listed as a terrorist organization by Turkey, the U.S., and the EU, resumed its 30-year armed campaign last July.

Thousands of PKK terrorists have also been killed in operations across Turkey and northern Iraq.