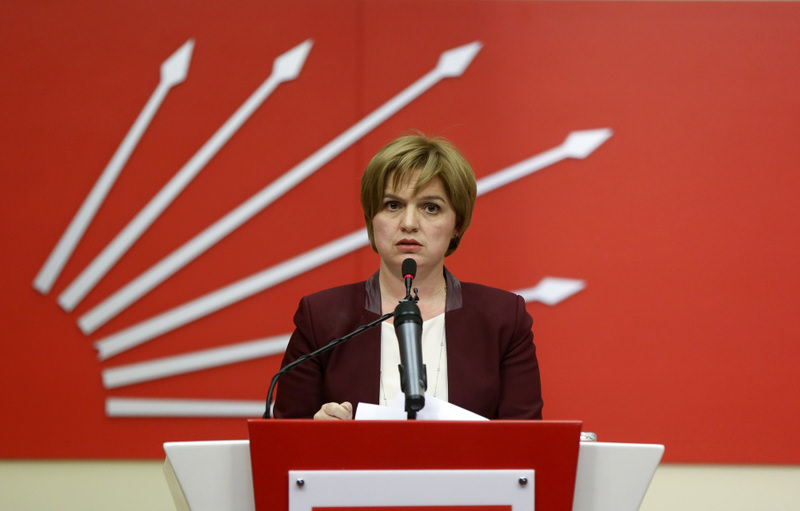 by Daily Sabah Apr 06, 2016 12:00 am
In an interview with Turkish daily Birgün, Selin Sayek Böke, main opposition Republican People's Party (CHP) deputy chair and spokeswoman, called for the PKK-affiliated Peoples' Democratic Party (HDP) to work together in Parliament, saying "the CHP and HDP need to form a parliamentary alliance against the ruling Justice and Development Party (AK Party)."

CHP's Böke told Birgün that a parliamentary alliance against the AK Party government is inevitable, and said that if the HDP aims to relaunch the reconciliation process, they need to focus on the establishment of a commission in Parliament. is inevitable underlined that the Dolmabahçe Agreement is not considered a solution and the CHP will continue to work for a solution in Parliament.

Böke said, "It is true that the AK Party government has a parliamentary majority. However, all the opposition parties must keep together against the AK Party government." Böke claimed that any proposed commission may be rejected in Parliament, but "if other opposition parties also touch upon the importance and the need for a commission towards a solution, everything will be different."

CHP Chairman Kemal Kılıçdaroğlu has denied rumors of an alliance with the HDP, even though CHP members have sent signals of forming an alliance with the PKK-affiliated HDP. Two days after the June 7 elections, Şafak Pavey, a CHP deputy, famously congratulated HDP Co-Chair Selahattin Demirtaş in front of media members and said, "We shook things up quite well."

Former CHP Vice Chairman Murat Özçelik resigned following claims that during the June 7 elections, he and his family voted for the HDP to pass the electoral threshold. Prior to early elections on Nov. 1, CHP Deputy Chairman Mehmet Bekaroğlu expressed through his personal Twitter account that everyone must give the HDP a chance, as Bekaroğlu argued the HDP's existence in Parliament was of vital importance. Despite previous rumors which have been denied, the CHP's agenda likely includes a parliamentary alliance with the HDP.
RELATED TOPICS