PYD increases attacks on other Kurdish groups in Syria 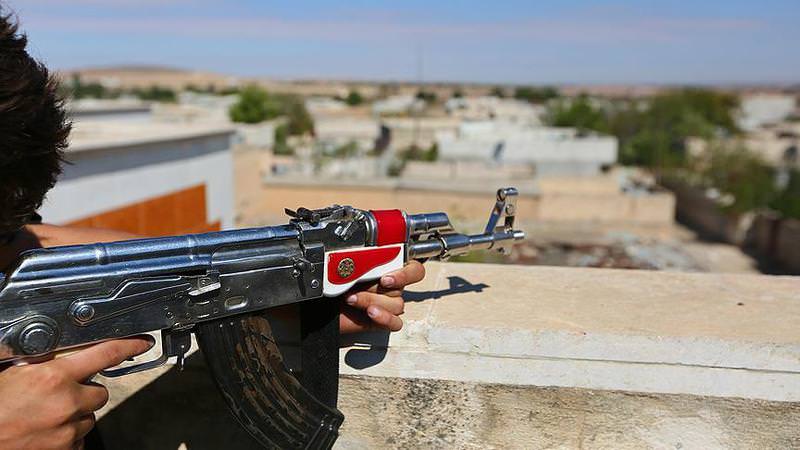 According to local sources, a group of people affiliated with the Democratic People's Party (PYD) attacked a Kurdish National Council (ENSK) office in the Derbessiye district of Hasakah province on Monday, attempting to burn it down.

Sources also said that the Rojava Youth Union (YCR), the PYD's youth branch, attacked the offices of the student branches of the Kurdistan Democratic Party of Syria (S-KDP) in Qamishli, threatening to close down the offices if they do not apply for permission from the so-called "federation" run by the PYD.

The YPG has recently increased attacks and threats against other Kurdish groups in Syria, according to Abdulhakim Bashar, a Kurdish member of Syria's opposition High Negotiation Committee (HNC) and a member of the National Council of Syria (KNCS).

Speaking to Daily Sabah, Vahdettin İnce, a Kurdish intellectual and author, said the YPG's attacks on other Kurdish groups is an attempt to create a homogenous Kurdish identity while oppressing other groups who do not share the same worldview.

"The PYD attempts to establish a one-type mentality, which does not tolerate any other than themselves. Such an attitude also is in the interest of the Syrian regime," İnce said.

"The PYD's aim to establish cantons is also a relief for the regime as it has weakened the moderate opposition," he said, adding that the PYD's attitude, while it works for the regime, is also a step against Turkey, which he said has always supported the Kurds in the region. "The PYD creates a perception that Turkey is against the Kurds in northern Syria while the PYD itself oppresses other Kurds, particularly conservative ones, as it promotes a Soviet-type Stalinist ideology. In the long run, such an exclusionary attitude will fuel ethnic clashes in the region," he added.

Erdal Şimşek, a Kurdish terror and war reporter for Milat daily, said the PYD's attacks on other Kurdish groups is an attempt to legitimize its "illegitimate" establishment of a federal area.

"The PYD is in a search of legitimacy and an attempt to establish authority in northern Syria. However, its way of establishing such legitimacy is itself illegitimate as it conducts attacks on groups that do not share the same opinions or ideas," Şimşek told Daily Sabah.

"In a way, this aggressive attitude and violent attacks on other groups also shows that the PYD's end is coming. That is why they rely on violence," he said.

Şimşek alleged that the PYD wants to trigger a civil war in the region and that attacks similar to those in al-Hasakah will and have been happening in other provinces as well.

Özcan Tikit, a columnist for HaberTürk daily, said that despite the PYD's claim to be a voice for Kurds, it is mostly in cooperation with the Assad regime.

"While the ENSK attempts to unify and work with Kurdish groups and cooperates with other moderate opposition groups, the PYD is mostly cooperating with the Assad regime," Tikit said, and added that the PYD's recent attacks on other Kurdish groups have been ongoing.

"The PYD's attacks on Kurdish groups are also against the Irbil Agreement signed in 2014 in Iraq's Duhok province under the leadership of Iraq's Kurdistan Regional Government President Masoud Barzani, which aims to unify Kurdish groups in northern Syria," he added.

Kurdish journalist İlhami Işık said: "The PYD is a bad caricature of the PKK in Syria. They share the same aim, same reflexes and same ideology. The PYD is doing the same thing as what the PKK was doing in Turkey in the 1980s and 1990s. The PKK also eliminated other voices and groups in Turkey through violence. This is how they built their organization that exists right now."

"The PYD attempts to portray itself as a voice for Kurds and a force against DAESH, but they are doing this by oppressing any voice that is not similar to themselves. They try to establish legitimacy through fascism," he said.