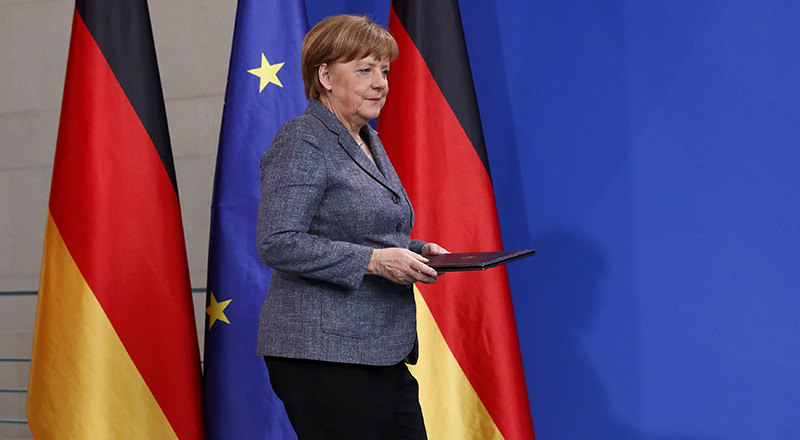 German Chancellor Angela Merkel arrives to give a statement on Turkey's request to seek prosecution of German comedian Jan Boehmermann (Reuters Photo)
by Daily Sabah with Agencies Apr 15, 2016 12:00 am

Chancellor Angela Merkel said that her government will put forward a proposal to replace the lèse-majesté law, one which criminalizes insults made against foreign heads of state.

In contrast to a defamation complaint filed independently by Erdoğan, the probe – based on the potential violation of a law criminalizing insults against foreign heads of state – required authorization by the German government.

German authorities launched an investigation on April 6 in aims to discover if the poem – in which Jan Boehmermann sought to outdo the offensiveness of a previously aired song written on the same subject – violated a law that forbids insults against representatives of foreign states and their affiliates.

Germany's state broadcaster ZDF apologized for the satire, saying that the program "had crossed the line into slander" and stopped the program from repeated airings.

Around 100 people gathered in front of ZDF's office last week in Istanbul to protest the poem.