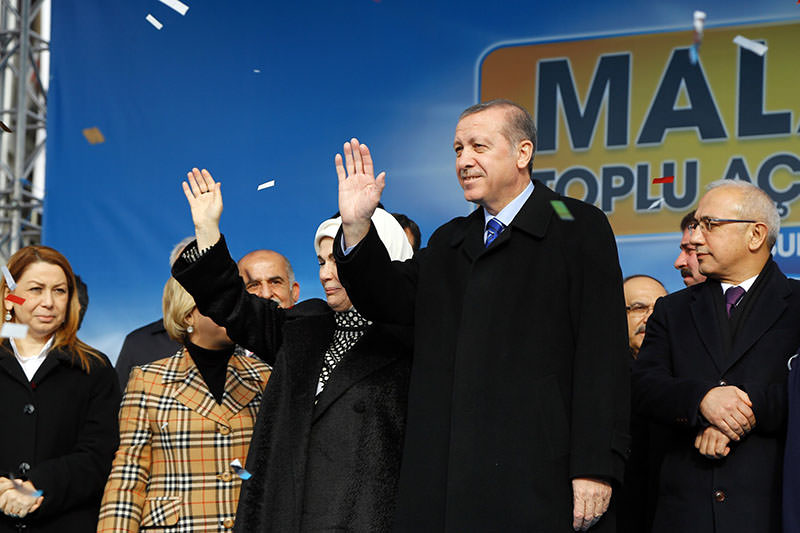 Parliament should focus on switching the current parliamentarian system to a presidential one to avoid crisis in state structures, President Erdoğan said. He also thanked PM Davutoğlu for his efforts while leading the Prime Ministry

The experiences Turkey has gone through in its history show the necessity of drafting a civilian constitution that includes a presidential system, President Recep Tayyip Erdoğan said on Friday in Istanbul. Claiming that in order to push the country into a stronger position, presidential reform must be put to a referendum as soon as possible to get rid of the current parliamentary system, which he said "creates crises."

In his call to politicians to come up with an alternative to the current system, Erdoğan said: "This isn't Erdoğan's personal issue. If anyone has a better suggestion or view, let them put it forward so we can all discuss it."

There will be no gap in Turkey's governance and the latest political developments will not directly impact the economy, the president said, alluding to Prime Minister Ahmet Davutoğlu's announcement on Thursday that he will resign and not run for the leadership of the ruling Justice and Development Party (AK Party) at its extraordinary congress on May 22. Erdoğan said he personally thanked Davutoğlu for all he has done for the country during his term at the helm of the Prime Ministry, and likened the change to a "relay race."

Erdoğan said in his speech that a new constitution and presidential system were urgent requirements and were not his personal agenda.

The president also touched upon European Union's (EU) demands that Turkey bring anti-terrorism laws in line with tight EU standards. He said that Turkey will not change its anti-terrorism legislation for the sake of visa-free travel to Europe for its citizens.

The EU is asking Turkey to revise its terrorism laws as a condition for allowing Turkish citizens to travel to Europe without visas on short stays.

"It's not possible to make any revision to the legislation and practices on terrorism while our country continues its intense fight against various terrorist organisations," EU Minister Volkan Bozkır said on Thursday.

He said Turkey had already made some changes requested by Europe, including reference to "the concept of immediate and obvious danger that threatens public security".

"However, we don't have the luxury of making (further) changes," he was quoted as telling local reporters in Ankara.