AK Party's Turan: Kılıçdaroğlu should testify to prove he is not involved in sex tape scandal 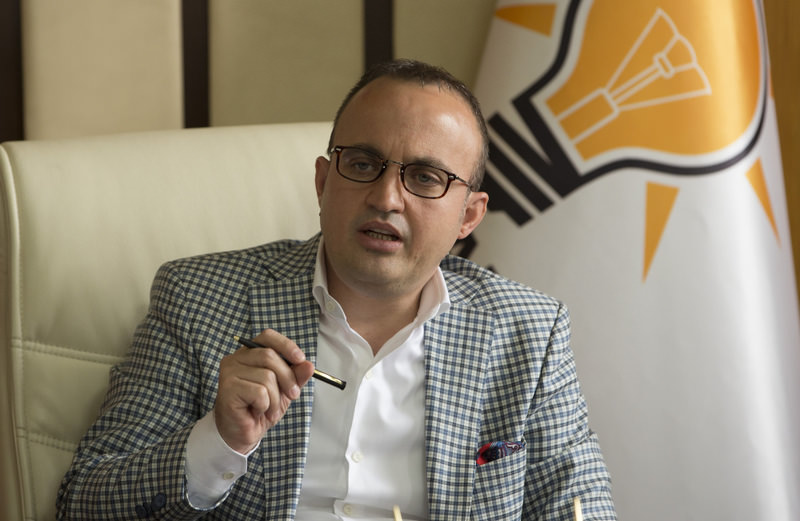 by Daily Sabah May 11, 2016 12:00 am
Ruling Justice and Development Party (AK Party) whip Bülent Turan criticized Republican People's Party (CHP) Chairman Kemal Kılıçdaroğlu on Tuesday for refusing a prosecutor's office call to testify in an investigation about former CHP Chairman Deniz Baykal's sex tape scandal, asserting that Kılıçdaroğlu should have given testimony to prove that he was not involved in Baykal's sex tape scandal.

Kılıçdaroğlu became CHP chairman after Baykal resigned from the post in May 2010 after a tape allegedly showing him having sex with a CHP lawmaker was leaked on the Internet. Last month, Baykal said that people who want to solve this case should speak to Kılıçdaroğlu. In 2014, Kılıçdaroğlu claimed that he saw a video of then Prime Minister Recep Tayyip Erdoğan watching sex tapes of Baykal. Due to this, the Ankara Prosecutor's Office sent an invitation to Kılıçdaroğlu to testify, but Kılıçdaroğlu's office in Parliament said he would not reply to the prosecutors call.

"Kılıçdaroğlu is a CHP chairman who took over the position after this tape scandal," Turan said. "Kılıçdaroğlu claimed earlier that he has some information about the tape case and he made some false accusations, speaking as if President Erdoğan was behind the scandal."

Turan claimed that in the eyes of the public Kılıçdaroğlu will be considered part of this scandal for as long he does not answer questions on the subject. "Kılıçdaroğlu should testify to the prosecutor if he claims that he is not part of this scandal. Kılıçdaroğlu will also refrain from giving testimony about the motion against him after his parliamentary immunity is lifted," he said. "A person who did not testify as a witness will never go to testify as a suspect. Thus I believe the CHP will vote no when the General Assembly votes on the proposal that amends the Constitution to remove [parliamentary] immunity from prosecution," Turan said.
Last Update: May 11, 2016 1:15 am
RELATED TOPICS