Senior gov't official: Turkey can open borders to refugees if EU does not keep promises 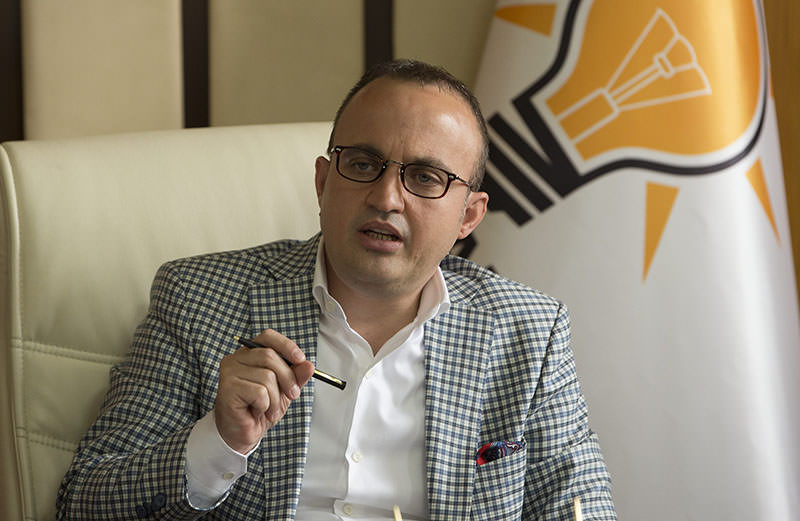 Turkey is ready to open its borders to Syrian refugees willing to make their way to Europe if the European Union fails to keep its promises as part of theEU-Turkey refugee deal, the Justice and Development Party (AK Party) group deputy Chairman Bülent Turan told Daily Sabah.

"Turkey has done its part regarding the visa liberalization process. Our stance on refugees is clear. They are our dear guests. However, if they want to leave for Europe and the EU does not fulfill what it is required from them [as part of the deal], we will open our borders," he said.

Underscoring that Turkey's border and national security is as significant as that of the EU, Turan said that EU's expectation of Turkey to change its anti-terror laws is not acceptable.

"At a time when Turkey fights the PKK, DAESH and DHKP-C, it is not acceptable that Turkey is requested to change its anti-terror laws," Turan asserted.

"Are those who demand this from us not aware that a state of emergency was declared in France overnight?" he asked.

Turan stressed that Turkey has opened its doors to all refugees fleeing the war in Syria. "I think we passed this test successfully as a state and its people," he added.

Turkey is currently hosting the largest number of Syrian refugees in the world with 2.7 milion and has spent more than 7 billion euros meeting their needs, according to European Commission figures released last year.