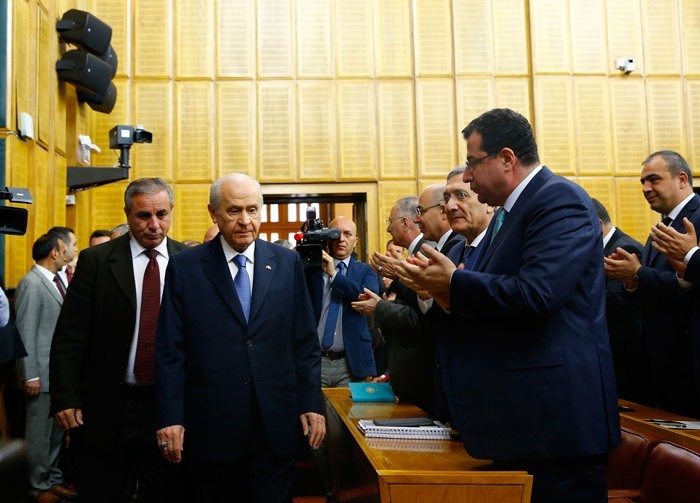 Turkey's Supreme Court will complete within May an appellate review of an Ankara-based civil court's decision on whether the opposition Nationalist Movement Party should hold its extraordinary congress, the court announced Wednesday.

According to a notice posted on the court's bulletin board in the Turkish capital, "The necessary decision will be taken after the case is discussed in May. Apart from that, the news appearing on print, visual and social media does not reflect accurate information. When the decision gets issued, the public will be further informed."

Dissidents within the MHP have approached the courts to force an extraordinary congress in wake of the party's poor electoral showing in last November's general election.

A total of 543 delegates had sent a petition to party headquarters demanding an extraordinary congress in the aftermath of the election, which saw the MHP losing its position as the third-largest group in the parliament, falling behind the Peoples' Democratic Party.

The petition filed at an Ankara court in February also criticized the MHP leadership for not calling its extraordinary general convention. Bahceli, who has led the MHP since 1997, has refused the push for the congress.

A special committee appointed by the Ankara Civil Court of Peace had given May 15 as the date for the MHP to hold an extraordinary congress. However, MHP Deputy Chairman Oktay Ozturk said on April 29 that an Ankara court had decided to halt the party's extraordinary congress as a precautionary measure.