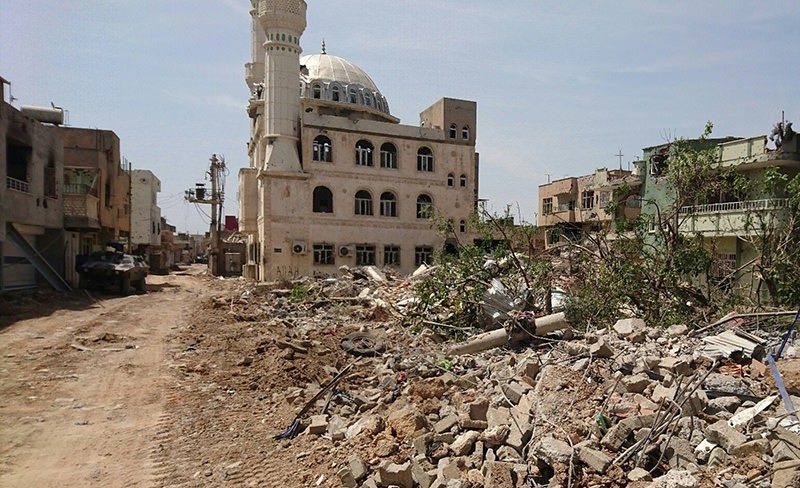 Turkey's Kurdish citizens who escaped the PKK terror activities in the southeastern cities, and currently live different cities across Turkey, want the militants of the outlawed organization to leave hometowns so they can return back to their normal lives.

Speaking to Daily Sabah, citizens who left Nusaybin district of Turkey's southeastern Mardin province said that they have left their works, homes, and their lives behind due to PKK terror activities and clashes with the security forces.

"We want to go back. We have left our jobs, our homes behind. Our kids had to leave their schools," a resident of Nusaybin, who now stays with relatives in Istanbul, told Daily Sabah on condition of anonymity due to security reasons.

"I had a fast-food restaurant business, I locked the doors and left. I have been here for nearly two months without working. I don't know what I will find when I go back," he added.

Another resident of Nusaybin said that some family members have moved to close by cities, while some have moved to southern town of Mersin, Izmir, and some to Istanbul, where they stay with their relatives.

"Our town was great during reconciliation process. Business was moving. People used to stay out until midnight at cafes and restaurants. The town is now empty because of the terror activities," another man, named Ali, said.

"We have had business transactions, borrowed or lend money out to others. We can't pay back our debts or get back the loans we gave out because people are in bad financial situation now," he added.

"We have registered our kids to schools here. But we don't know how long we can stay here like this. We hope that the terror activities in our towns to end so we can go back to our homes. While, our hosts have been very generous in helping us, we also feel embarrassed to be staying at someone else's house for such long time,"he said.

Thousands of resident fled the terror hit southeastern towns of Turkey, many living in nearby towns, while some live in other cities across Turkey with their families.

Following the end of the operations in some towns, the returning locals are faced with their towns being destroyed, including schools, hospitals, and mosques, which PKK used as shields or attacked during operations.

Government imposed curfews in the Nusaybin district in early March, to ensure security of citizens during the extensive operations against the PKK terrorist organization, which reportedly includes nearly 20,000 security officers.

Meanwhile, Turkish security officers have killed 4,571 PKK terrorists since the launch of anti-terror operations on July 22, 2015, military sources said on May 11.