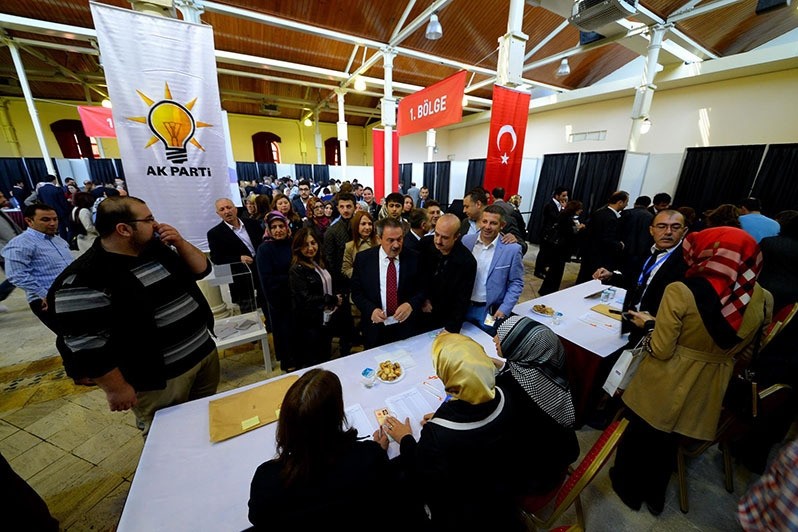 AK Party Deputy Group Chairman Nurettin Canikli announced that the party will announce its candidate for chairmanship at 2:00 p.m (1100GMT) on Thursday.

The party's highest decision-making body, the Central Decision and Executive Board (MKYK), will gather on Thursday at 11:00 a.m. local time (0800GMT), the party source said on condition of anonymity. After the meeting, the new candidate for the chairmanship will be revealed.

The AK Party is readying itself for its May 22 emergency convention that will elect a new chairman to become the prime minister. But before that, the party has called on all party members to suggest a single nominee for the chairman, who will also become prime minister.

The first survey took place on Sunday, in which all AK Party provincial heads, deputies, Central Decision and Executive Board (MKYK) members and the party's founding members were asked to forward a single name. The final round of the survey took place at party headquarters on Monday.

Media outlets reported on Wednesday that the party headquarters asked for an appointment from the Presidency to discuss the survey results, which has not been yet shared with the public. The party is expected to the announce the candidate on Thurday, following its Central Decision and Executive Board (MYK) meeting at 11 a.m.

No official statement has been yet made, but the name of Transportation Minister, Binali Yıldırım, has come forward as the potential candidate in various reports.