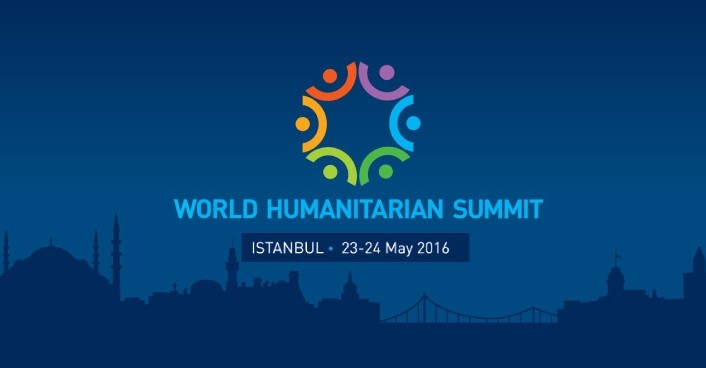 by Daily Sabah May 21, 2016 12:00 am
Ahead of the World Humanitarian Summit that will be held in Istanbul on May 23-24, Presidential spokesperson İbrahim Kalın said that Ankara will continue to implement an open-door policy for Syrians fleeing the war even if Turkey's efforts are not supported by the international community.

Speaking during a joint press conference with World Humanitarian Summit (WHS) spokesperson Hervé Verhoosel on Friday, Kalın said Turkey has spent more than $10 billion on humanitarian relief compared to the $500 million of support it has received from the international community. He added that the EU has provided no financial aid to Turkey under the refugee deal that went into effect in March.

Verhoosel thanked Turkey and President Recep Tayyip Erdoğan for hosting the summit that will be attended by 60 heads of states or governments, over 500 NGOs and 345 private companies. He added that the world is witnessing the worst humanitarian crisis since World War II. "This is no ordinary summit."

In a statement, Foreign Minister Mevlüt Çavuşoğlu said: "The World Humanitarian Summit will provide a vital platform to address the challenges burdening the humanitarian system," adding that, in addition to "responding to recurrent and protracted crises and waves of displacement, other pressing issues such as ensuring sustainable, reliable and predictable humanitarian financing will be examined."

Turkey, as one of the world's leading humanitarian donors, has taken in almost 3 million refugees who fled war zones and conflict, including 2.7 million Syrian refugees, according to official statistics. Turkey's successful provision of humanitarian and emergency aid is due to the hard work of several institutions, especially the Turkish Cooperation and Development Agency (TİKA), the Prime Ministry Disaster and Emergency Management Authority (AFAD) and the Turkish Red Crescent. Among the Organization for Economic Co-operation and Development's (OECD) allocated aid rankings, Turkey came in second with providing $2.42 billion after the U.S. but came first in terms of aid as a percentage of its gross national product (GNP).

The summit will feature a number of round-table talks with high-level leaders, as well as briefings, seminars, workshops, panel discussions and an exhibition fair.

During the two-day summit, meetings will be held with around 5,000 participants - including global and government leaders, businesspeople, aid organizations, affected communities, international and national NGOs, faith-based organizations as well as academics.

Each organization is expected to bring its own agenda to the world summit.
Last Update: May 21, 2016 2:24 pm
RELATED TOPICS