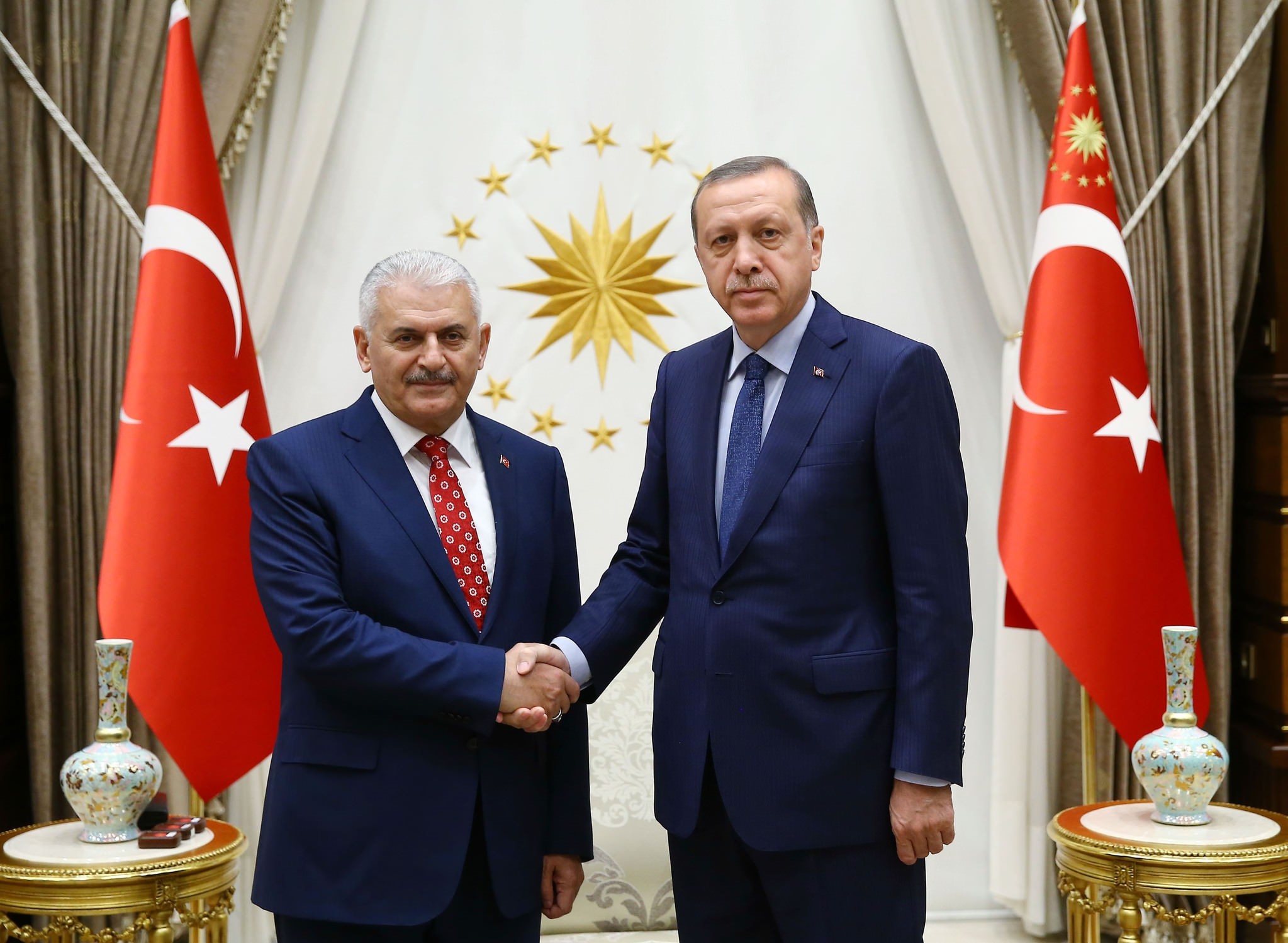 Erdoğan handed Yıldırım the mandate in a meeting at the presidential palace hours after the ruling Justice and Development Party (AKP) chose him as its new chairman at an emergency convention.

The members of the Cabinet of the 65th government is expected to be announced afterward.

Yıldırım told reporters on Monday the new cabinet list would be prepared quickly and be presented to President Erdoğan when he was available.

The ruling Justice and Development Party (AK Party) held an emergency convention on Sunday where Transport, Maritime Affairs and Communications Minister Binali Yıldırım was elected as the new chairman after receiving support from 1,405 party delegates.