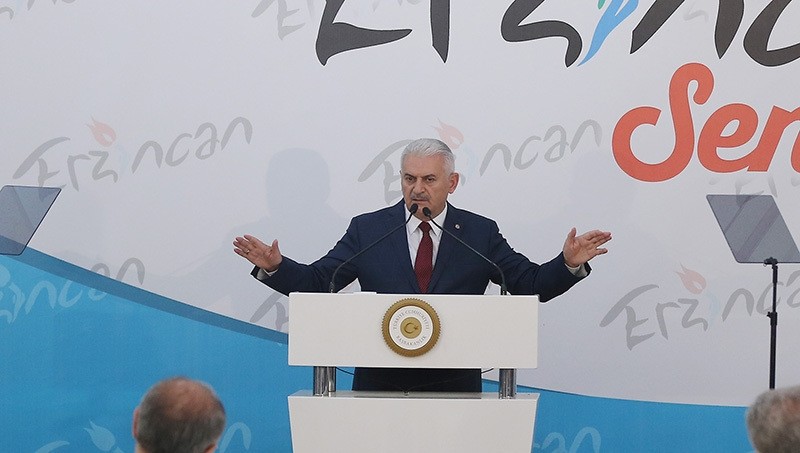 Turkey's ties with Germany have been damaged following the German parliament's resolution recognizing "a historical lie" about Armenian claims of "genocide" during the 1915 events, Turkish Prime Minister Binali Yıldırım said.

In his address to representatives of nongovernmental organizations at an event in northeastern Erzincan province Saturday, Yıldırım said: "The German parliament has approved…a lie. These people who consider the relocations which happened everywhere in World War I a hundred years ago as genocide should understand that Turkey is proud of its history and nation. If you reopen old wounds, [you should know that] Turkey was the least contributor."

He asked Germany to look into the crimes of Armenians during the war. "[Claiming that] Turks carried out genocide in 1915 is a historical lie. If you are keen to know what is genocide, remember the people who were roasted alive by Armenians in cooperation with Russians during War World I in Erzincan province, which was then under Russian occupation."

The controversial resolution was submitted by the parliamentary groups of the ruling Christian Democrats, its coalition partners the Social Democrats and the opposition Green Party. The Left party also backed the resolution.

Turkey denies the alleged Armenian "genocide," but acknowledges that there were casualties on both sides during the events which took place during World War I.