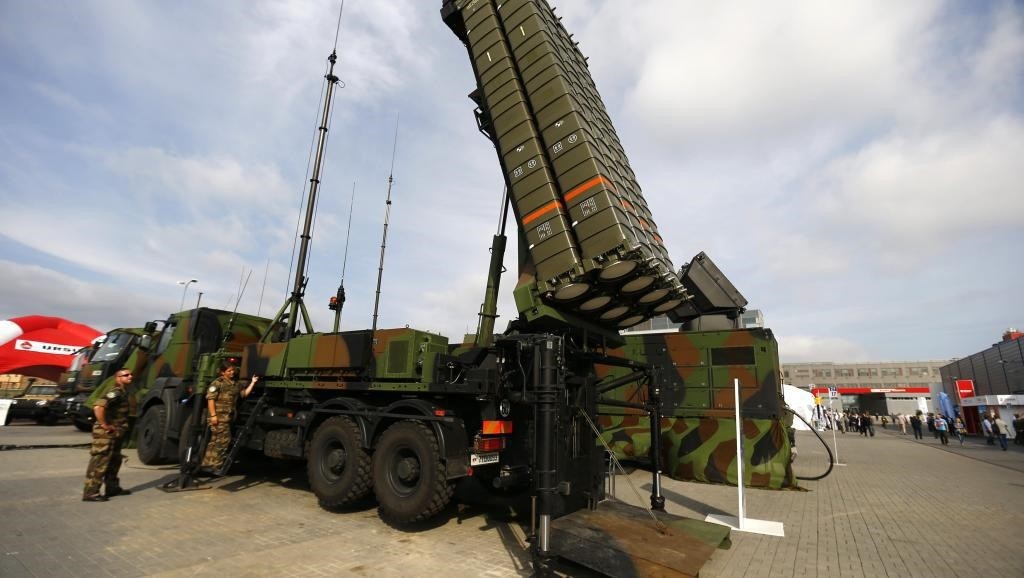 As the ongoing threat against Turkey continues on the Turkish-Syrian border, an air defense system and 25 military personnel arrived in southern Kahramanmaraş province late Sunday, deployed by Italy as part of NATO's package of assistance measures set to be fully applied prior to the July 8-9 Warsaw Summit. The recently deployed Italian air defense system in Kahramanmaraş will replace the German Patriot missile systems that finished their three-year, mandated mission. A senior NATO official previously told Daily Sabah during the NATO foreign ministers meeting in Brussels that Italy is planning to send SAMP-T missiles - the latest generation of surface-to-air air defense missile systems - to fight DAESH.

Along with the SAMP-Ts, sources have confirmed that NATO will also provide Turkey with an additional Airborne Warning and Control System (AWACS) by July.

As the Italian batteries arrived to the Turkish port of İskenderun, containers including air defense system materials were brought to the military post in Kahramanmaraş by 10 trailers late last night along with 25 Italian soldiers. It has been reported by several Turkish media outlets that the Italian Air Defense System is to be set up at the location of the former German Patriot missile systems. Commenting on additional measures, the NATO official told Daily Sabah on Tuesday that NATO is "sharing analysis, information and intelligence [to fight terrorism]. All NATO allies are contributing to the efforts of the U.S.-led global coalition to counter DAESH and the AWACS surveillance flights in support of the coalition are one option also being discussed by Allies." The NATO official concluded remarks by noting that Iraqi officers are currently undergoing training in Jordan while they are enhancing NATO's defense capacity by building support for Jordan and Tunisia.

While NATO also previously vowed to enhance Turkey's maritime and missile defenses as well as send more surveillance drones to the Turkish-Syrian border, it is claimed that the newly arrived defense system may be the SAMP/T missile system (sol-air moyenne portée terrestre or surface-to-air medium range/land). Military sources have told Daily Sabah on Tuesday that one of the batteries are to be placed in Kahramanmaraş while another is set to be installed in Gaziantep.
RELATED TOPICS