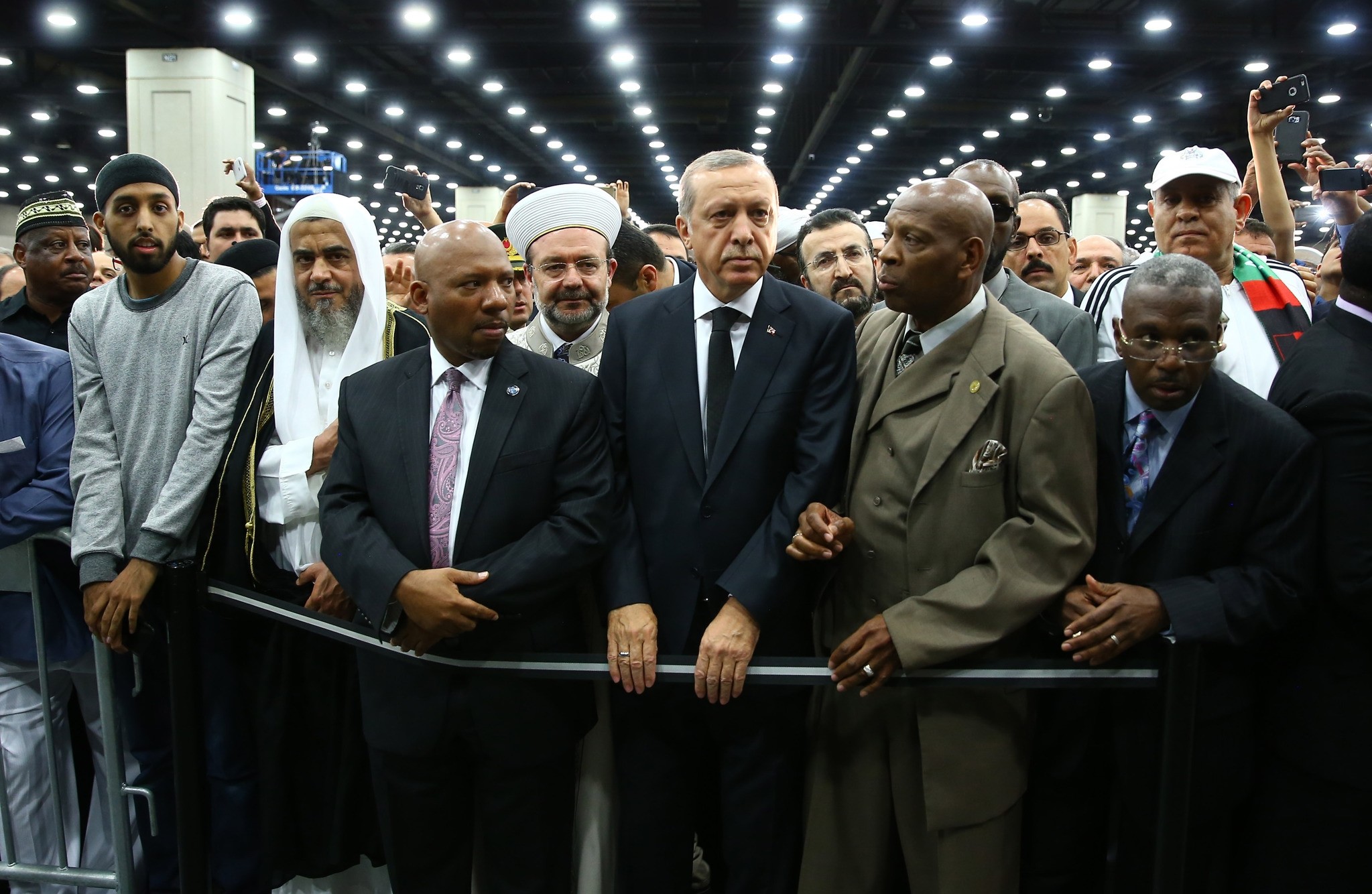 President Recep Tayyip Erdoğan wrote a powerful tribute to legendary boxing champion Muhammad Ali, who passed away on Friday at the age of 74, saying Muslim nations should take lessons from the champion's struggle as a member of the Muslim minority in the United States.

"Muhammad Ali was an exceptional athlete and a remarkable human being. For many a sleepless night in the 1970s, I was one of countless people in Turkey who would get up in the wee hours to watch the Louisville Lip's fights." read Erdoğan's tribute published on Bloomberg.

Erdoğan penned the tribute before traveling to the United States to bid farewell to the World champion in his funeral ceremony held in his hometown, Louisville.

Surah Rahman from the Holy Qur'an was recited during funeral ceremony of boxing legend Muhammad Ali.

"I will pay my respects to Muhammad Ali on behalf of the Turkish people because his extraordinary story must not end here. By putting his ideals into practice, world leaders can address many persistent problems," Erdoğan declared.

"A sincere Muslim and man of peace, Ali, like many of us, was troubled by the irresponsible association of Islam and violence. What really hurt him, he said after the 9/11 terror attacks, was that 'the name Islam is involved, and Muslims are involved and causing trouble and starting hate and violence. Islam is not a killer religion. Islam means peace. I couldn't just sit home and watch people label Muslims as the reason for this problem.' And he was right about what would eventually become a discriminatory campaign against a community of 1.7 billion believers around the world," Erdoğan wrote.

The president said Ali as a member of America's Muslim minority suffered from injustice, discrimination and mistreatment, but this was an example that Muslim nations could learn from so that they take steps to ensure that members of Christian and Jewish communities feel included.

"Since 2002, Turkey has spent millions of dollars to rebuild decaying churches and synagogues, which we consider a crucial part of our heritage. In 2007, the Cathedral of the Holy Cross on Akdamar Island, a medieval Armenian church, re-entered service after comprehensive restoration work. Last year, the Grand Synagogue of Edirne, one of Europe's largest Jewish temples, was reopened after being restored."

"There will be a considerable amount of talk about Muhammad Ali's athletic accomplishments. But it is important to keep in mind that his passing doesn't mean his ideas cannot take hold. The issues Ali raised decades ago remain relevant. As such, the right way to honor the People's Champion is to put his vision of liberty, equality and solidarity to work," Erdoğan concluded.