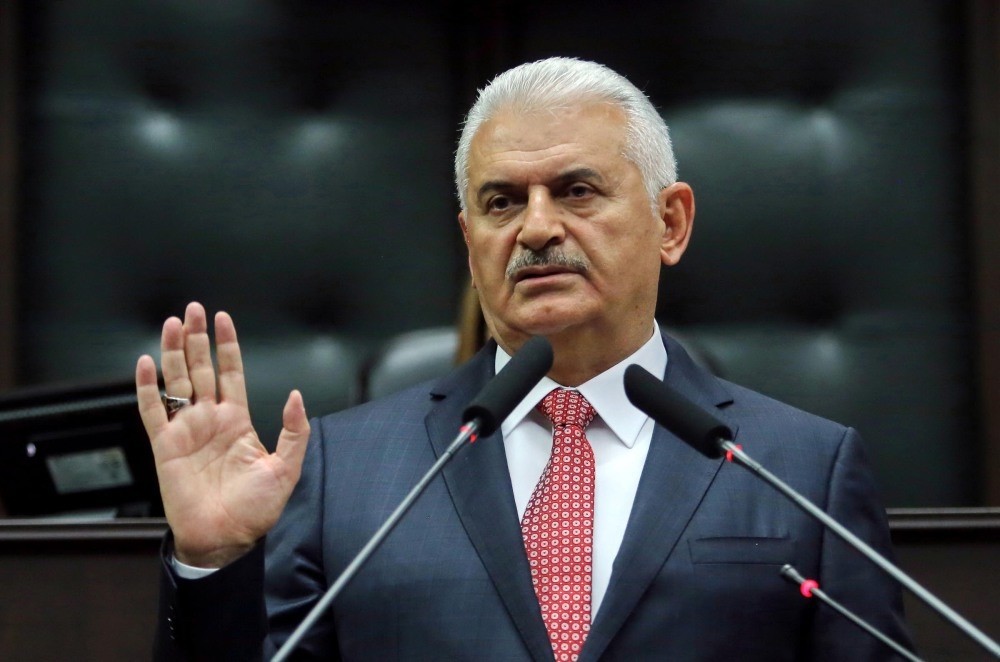 CHP Chairman Kılıçdaroğlu backtracked from a previous statement in which he said he could accept swtiching from the parliamentary system to an American-type presidential system, after PM Yıldırım said the AK Party would consent to such an offer

Prime Minister Binali Yıldırım said that his party is ready to accept main opposition Republican People's Party (CHP) Chairman Kemal Kılıçdaroğlu's statement suggesting switching from the current parliamentarian system to an American-style presidential system. Hours after Yıldırım's statement, the CHP leader responded by backtracking from his acceptance of an American-style presidential system. Speaking during the parliamentary group meeting of the ruling Justice and Development Party (AK Party) on Tuesday, Yıldırım challenged Kılıçdaroğlu's opposition to the idea of changing the current system and reminded Kılıçdaroğlu that he had given a green light to a system change.

In a televised interview last week, Kılıçdaroğlu said, "If you are going to bring a presidential system like the one in the U.S., then go ahead and bring it. But he [President Recep Tayyip Erdoğan] does not want to do that. There are laws, governments and local administrations." Yıldırım said his party will accept the idea and that the country should not waste such an opportunity.

Hours after Yıldırım, Kılıçdaroğlu spoke during a CHP parliamentary group meeting and retracted his earlier statement, saying that the American-style presidential system has federal states, in which "each state has its own law." He said his party will not support such a system, implying that the southeastern regions of Turkey should accept the autonomy of Kurdish states.Kılıçdaroğlu's earlier statements drew a variety of reactions from within his party. CHP Deputy Chair Bülent Tezcan stated that the party had academics prepare a report and a workshop will be held on the presidential system discussions. Tezcan stated that if research shows the presidential system to be the most democratic option, then the CHP will respect that. Still, "The world of science is on the side of a parliamentary system."

Yıldırım reiterated Turkey's position on maintaining the territorial integrity of Syria and Iraq.

"There are plans regarding Syria's northern border as well as Mosul and its northern part… For the sake of Turkey's territorial integrity and independence, such actions will never be tolerated on our part. We will do whatever is necessary without any hesitation."

Yıldırım said Turkey will never change its anti-terrorism laws, even if it would mean a collapse in a deal with the European Union to secure visa-free travel for Turks to Europe.

Turkey and the EU have been discussing visa liberalization since 2013 and agreed in March to a broader deal to halt illegal immigration from Turkey to the EU, in exchange for which Turks would be granted visa-free travel in Europe. But progress stalled when Brussels insisted that Ankara must also reform its tough anti-terror laws, which Turkey rejects, as terror attacks by the PKK and DAESH terrorist organizations continue, requiring a firm counter-terrorism policy.

During his speech, Yıldırım also criticized the decision by the German parliament to recognize the 1915 Armenian events as genocide. "If we review books on world history about genocide, you will see every name there except Turkey."
Last Update: Jun 15, 2016 4:46 pm
RELATED TOPICS