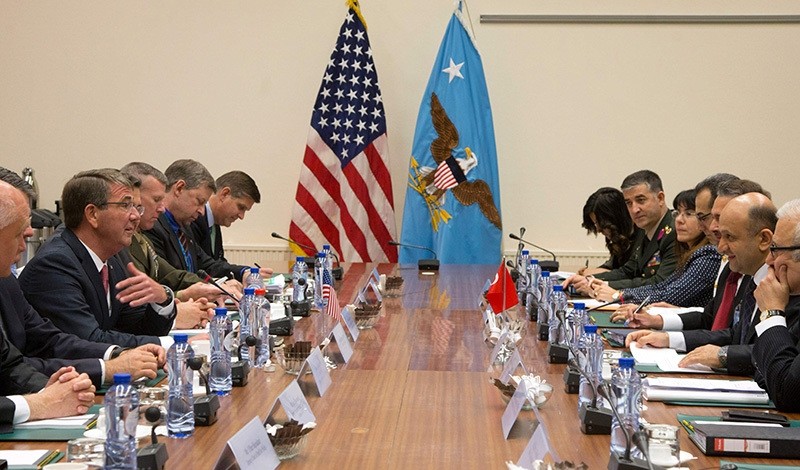 The Defense Ministry on Friday dismissed reports about establishing a safe zone in Syria following a meeting between American and Turkish officials in Belgium.

According to a statement issued by the secretary-general's office under the ministry, "reports released in media and titled 'safe zone to be created' do not reflect the truth."

Carter and Işık addressed several security issues and highlighted a "close friendship between the two ally countries during the meeting," an earlier Pentagon statement said.