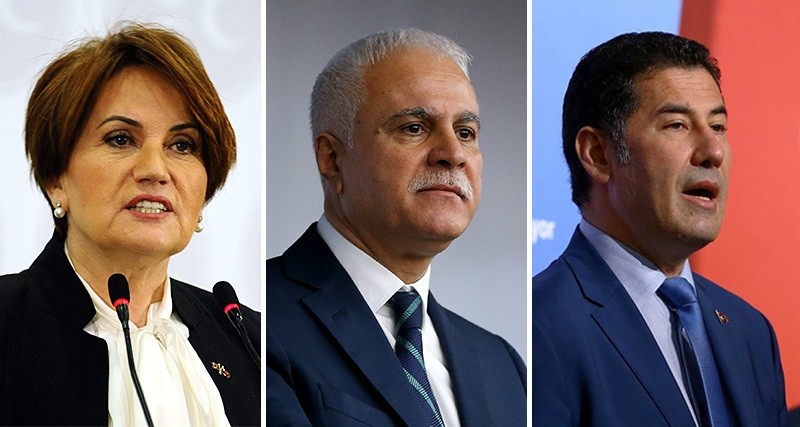 With 752 delegates in attendance out of 1,186, according to figures provided by the trustee committee, dissidents changed the bylaws at yesterday's convention with overwhelming support.

The dissidents also agreed that they will attend the emergency convention set for July 10. However, the party administration contested this statement and said that only 495 legally valid delegates have signed up for a convention, which meant that the convention was invalid.

Speaking at the beginning of the session, the head of the trustee committee organization, Ali Sağır, said everyone should respect the changes made at the convention. "The decisions we will make here are legitimate and legal," he said.

Out of total fourteen proposals, thirteen party bylaws were amended at the convention. However, in later statements, Aydın and Oğan said that they were only aware of the amendment on electing a chairman at emergency conventions, and they were not notified about remaining 12 articles.

Differences of opinion among dissidents showed multiple times at the convention. Musavat Dervişoğlu and Hasan Hüseyin Türkoğlu were nominated for the council chairman. While Dervişoğlu was Akşener's nominee, Türkoğlu was nominated jointly by the other dissidents.

Scores of delegates openly protested the nomination of two people, shouting: "We want only one nominee." A fight broke out behind the stage because Akşener and other dissidents could not agree on one nominee.

Following an hour-long debate, Dervişoğlu was selected as the council chairman in a showing of Akşener's dominance.

There was another incident that exposed strife between Akşener supporters and others. Many delegates and visitors booed Akşener as she entered the hall with her supporters chanting "Prime Minister Akşener."

Even though Bahçeli had previously urged party members to not attend the "pirate" convention, party members from across the country and delegates flocked to the hotel where the emergency convention was held.

At first, they could not begin the convention due to a "lack of delegates" in the hall for a couple hours.

In addition to the problem with the number of delegates present, a dispute as to who should chair the convention started at midnight and continued in the hall. Oğan, Akşener, Aydın and Özdağ were seen whispering amid the disarray.

Bahçeli followed the emergency convention from the party headquarters, refusing to attend it despite an invitation from the trustees.

Even though Bahçeli has not said who he thinks is "the tool of the Gülen Movement," many have claimed Akşener works in favor of the shadowy organization.

Dissidents changed the MHP bylaws yesterday, but Bahçeli has another plan. Even though hundreds of delegates attended the emergency convention and changed the bylaws, the party administration will take the issue to court.

According to sources in the party, Bahçeli will wait for a temporary injunction on the convention.

Bahçeli also previously fought a legal war against MHP dissidents, attempting to prevent them from holding an emergency convention.

Having declared July 10 as the "real emergency convention in the MHP," Bahçeli will seek to remain in his post.

The twisted path to yesterday's convention began in February when a group of MHP dissidents, frustrated when the party rebuffed their call for an emergency convention, filed a case with the 12th Ankara Civil Court of Peace.

The court decided in April to appoint trustees to the party and hold a convention, as the dissidents had gathered 531 signatures out of 1,232 party delegates.

On May 24, the Supreme Court of Appeals upheld an Ankara civil court decision giving the green light for yesterday's congress.