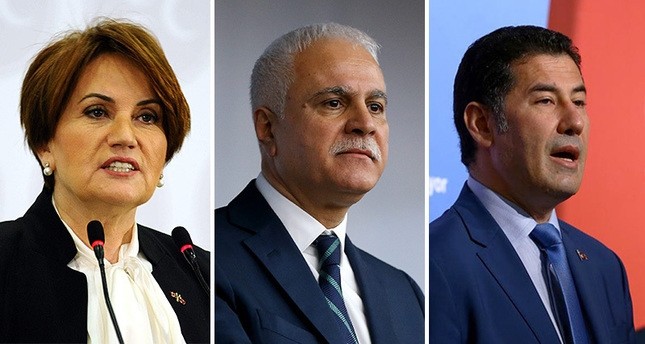 A court has suspended a recent party rule change of Turkish opposition Nationalist Movement Party (MHP), which would have allowed a new election holding a leadership vote next month, a party official said.

On June 19, dissident members of the right-wing party hoped to change the bylaws banning leadership elections at extraordinary congresses, and then schedule a new congress to try to oust longstanding current chairman Devlet Bahçeli.

"The Ankara civil court has issued a stay of execution on changes and rulings that were taken at the [party's extraordinary] general meeting on June 19," the party lawyer, Yücel Bulut, told reporters Friday.

Bulut said that senior party members had called on the court to suspend the decisions, citing infraction of meeting rules.

Bahçeli, the party leader since 1997, had said that "under no circumstances" should anyone pay attention to last Sunday's congress or the dissidents.

Bahçeli has scheduled a competing congress on July 10 to pave the way for elections and another term at the helm.

Müsavat Dervişoğlu, head of the extraordinary meeting committee, criticized the court decision saying it had not investigated official meeting records.

"The MHP did a lawful congress," Dervişoğlu said. "We will appeal the court's decision."

"The rulings, which were taken at the [MHP's] extraordinary meeting on June 19, have been issued a stay of execution until the court's final decision because the implementation of the rulings could lead to results that are difficult to backtrack on," the Ankara civil court decision read.

The dissidents have been fighting to remove chairman Devlet Bahceli, who has led the party for nearly 30 years, following the party's poor showing in last November's general election.

The twisted path to last Sunday's congress began in February when a group of dissident MHP members, frustrated when the party rebuffed their call for an extraordinary congress, filed a case with the 12th Ankara Civil Court of Peace.

The court decided in April to appoint trustees to the party and send them to a congress, as the dissidents had gathered 531 signatures out of 1,232 party delegates.

Party officials appealed the verdict, but Ankara courts gave conflicting rulings on May 13, and police prevented a dissident-led congress in the capital on May 15.