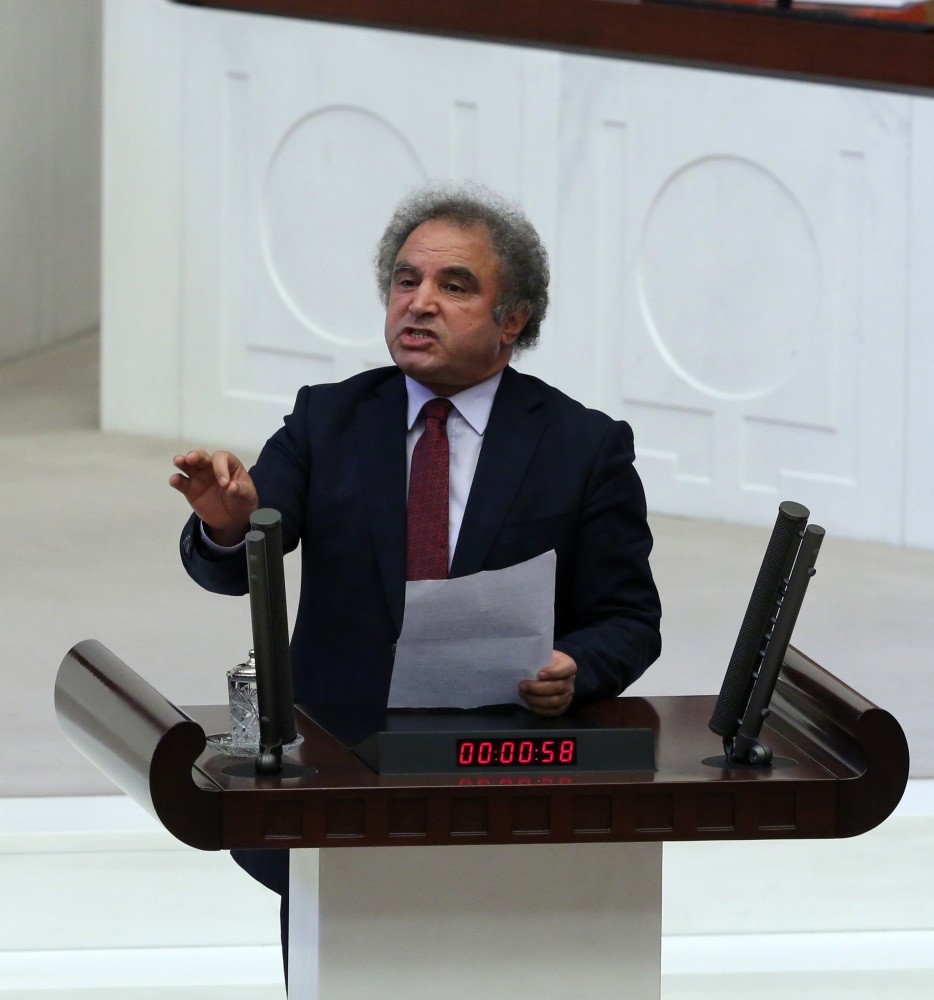 Kadri Yu0131ldu0131ru0131m
by Daily Sabah Jul 01, 2016 12:00 am
Peoples' Democratic Party (HDP) Siirt deputy Kadri Yıldırım said on Wednesday that his party is incapable of fulfilling the expectations of Muslim Kurds.

Speaking at a press conference held at Parliament, Yıldırım said that excluding three to four symbolic members, the party has to take the expectations of Muslim Kurds into consideration.

He said that 95 percent of HDP voters are Muslim Kurds: "Above all, a party has to adapt itself to the large public electorate, has to redesign itself accordingly, should reveal its organization and its authorized organs from top-down, rather than adapting the large mass voting to minor ideologies that do not notably correspond to society."

Yıldırım said that he does not want to cause a crack or act against the party, but that he is only using his right to criticize his party in a constructive way as both an academic and Muslim, further explaining that his criticism of the ruling Justice and Development Party (AK Party) and President Recep Tayyip Erdoğan is not an obstacle for him to criticize his own party.

He spoke of the necessity of respecting traditional values of the electorate, saying that Muslim Kurds are not happy with the HDP's untraditional approach such as the recent support from deputies such as Sırrı Süreyya Önder for LGBT marches as if they represent the party, as well as members not fasting in public.

"Unfortunately, the HDP picks up the cost of the ignorance of religious values. Our party should take serious measures. The way should be cleared for disciplinary actions," Yıldırım said.

HDP Diyarbakır deputy Altan Tan had criticized the HDP in June due to what he said was the domination of leftist and socialist views in the party, asserting that the religious and conservative Kurds drew their support from the HDP to demand better representation.

Tan said: "Most Kurds are religious and conservative. Votes for the HDP in the June 7 elections increased by about 3 million. The 2 million Kurds who previously voted for the AK Party changed their vote in favor of the HDP. I do not underestimate the votes coming from the left, socialist and liberal environments. I am just making an observation. We lost votes."
RELATED TOPICS