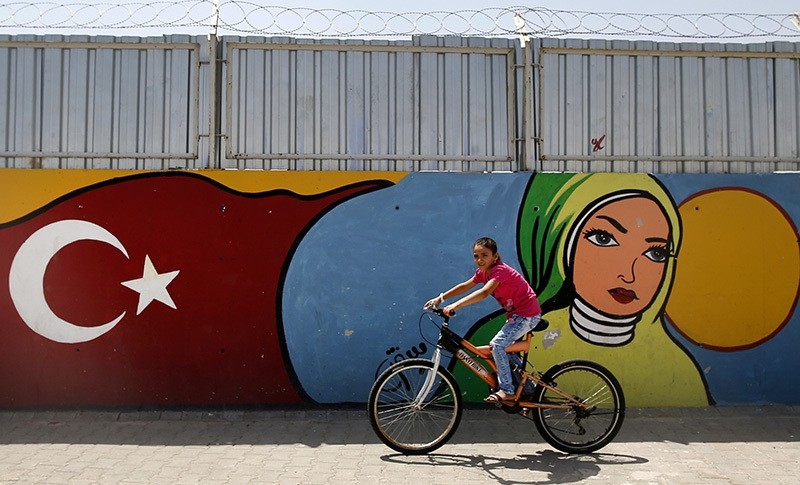 Turkey is preparing to grant citizenship to Syrian refugees, President Recep Tayyip Erdoğan said on Saturday, at an iftar dinner he attended in southeastern Kilis province.

Addressing Syrian refugees, Erdoğan said that the interior Ministry is working to grant citizenship for Syrians who want to become Turkish citizens, though he did not specify a time period or give more details.

''Turkey is your home too,'' Erdoğan said, and added that the emotional borders of Turkey surpass its official borders, while he thanked the people of Kilis for their hospitality and embracing Syrians fleeing conflict.

Erdoğan blamed Bashar Assad once again for the Syrian Crisis and said he kills his own citizens with conventional weapons, bombs and tanks.

''The world insists on its ignorant attitude towards the Syrian Crisis,'' Erdoğan said, and continued by saying that they tried to resolve the issue by closing the doors on Syrian refugees when they flocked to their borders.

He also underscored that Daesh does not represent Muslims and neither does the YPG represent the Kurds.