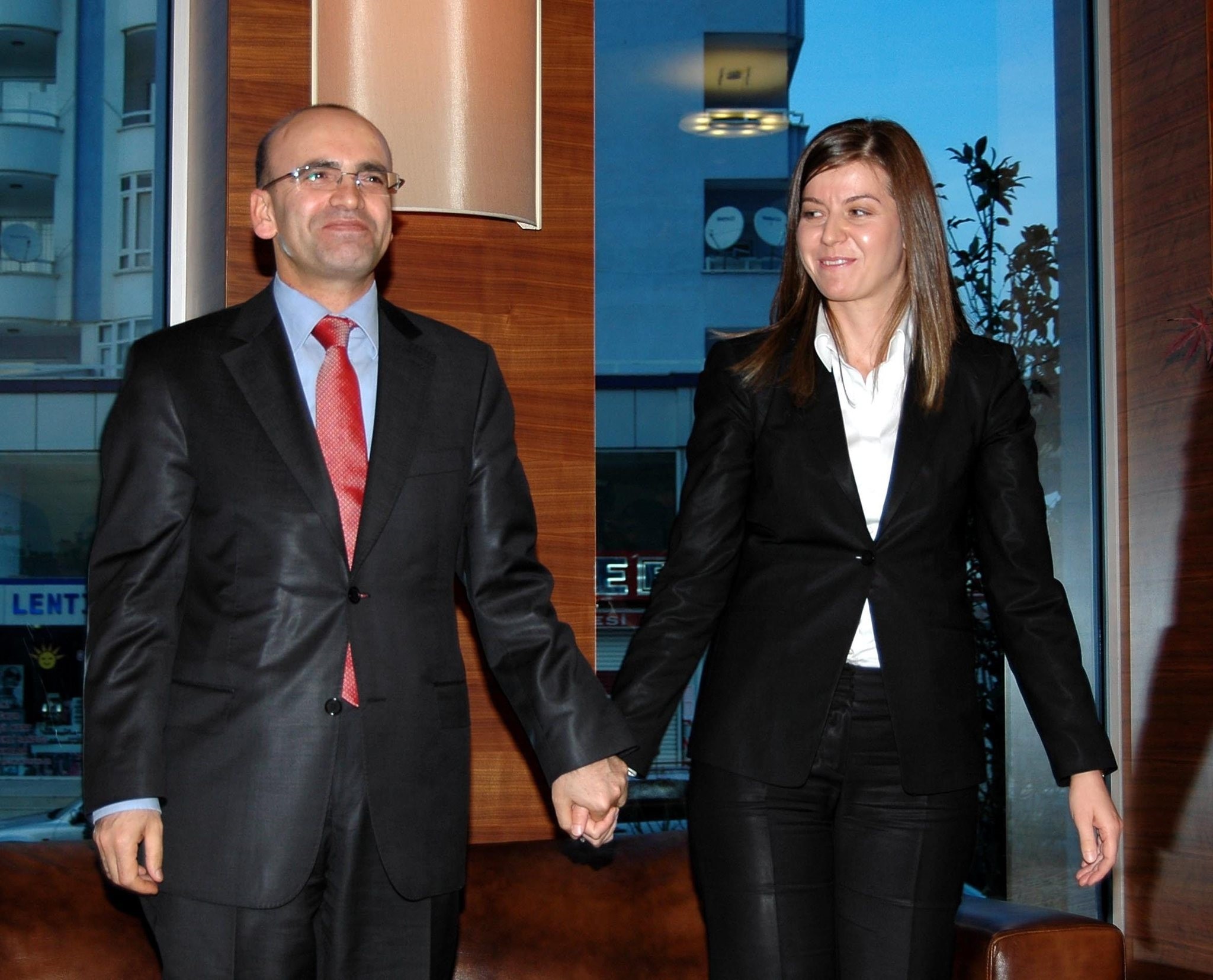 Esra Şimşek, wife of Mehmet Şimşek, the deputy prime minister in charge of economy, drew attention with a tweet complaining about her husband missing his son's birthday amid a busy schedule.

Minister Şimşek, one of the most active Twitter using politicians in Turkey, posted a tweet on Friday, in which he stated his busy schedule over the last couple of days.

"The day before; Bay Bridge [inauguration of Osmangazi Bridge] and Yalova visit. Yesterday; iftar in Hatay. Today; iftar in Istanbul and Kilis. Everyday, we are like birds," Şimşek said.

Ms. Şimşek posted the first reply to Mr. Şimşek's tweet, which said, "When you couldn't be next to our dear Mehmet Emre on his birthday…"

Many Twitter users and Şimşek's followers jumped into the conversation backing Ms. Şimşek and demanded Mr. Şimşek to apologize. Esra Şimşek's tweet was shared and added to favorites by more than twice of Minister Şimşek's tweet.

Many others reminded Minister Şimşek their anger for posting a joyful selfie picture with Defense Minister İsmet Yılmaz and Istanbul Mayor Kadir Topbaş during the Osmangazi Bridge inauguration ceremony, which took place two days after the attacks in Istanbul's Atatürk Airport.

A few others thanked Şimşek for his services and wished him god speed.

Having served in five consecutive cabinets since 2007, Şimşek, with an intense working tempo, is a key figure in the Turkish economy administration. So far, he has held positions of minister of state for the economy, minister of finance and deputy prime minister in charge of economy, respectively.

With over a 1.65 million followers, Şimşek is known for his active and personal use of Twitter both in the Turkish and English languages. He sometimes gets involved in exchanging ideas and arguments with journalists and fellow economists.

In addition to Mehmet Emre who was born in 2015, Şimşek family also has twin daughters named Azra Esma and Sare Nur who were born in January 2014.