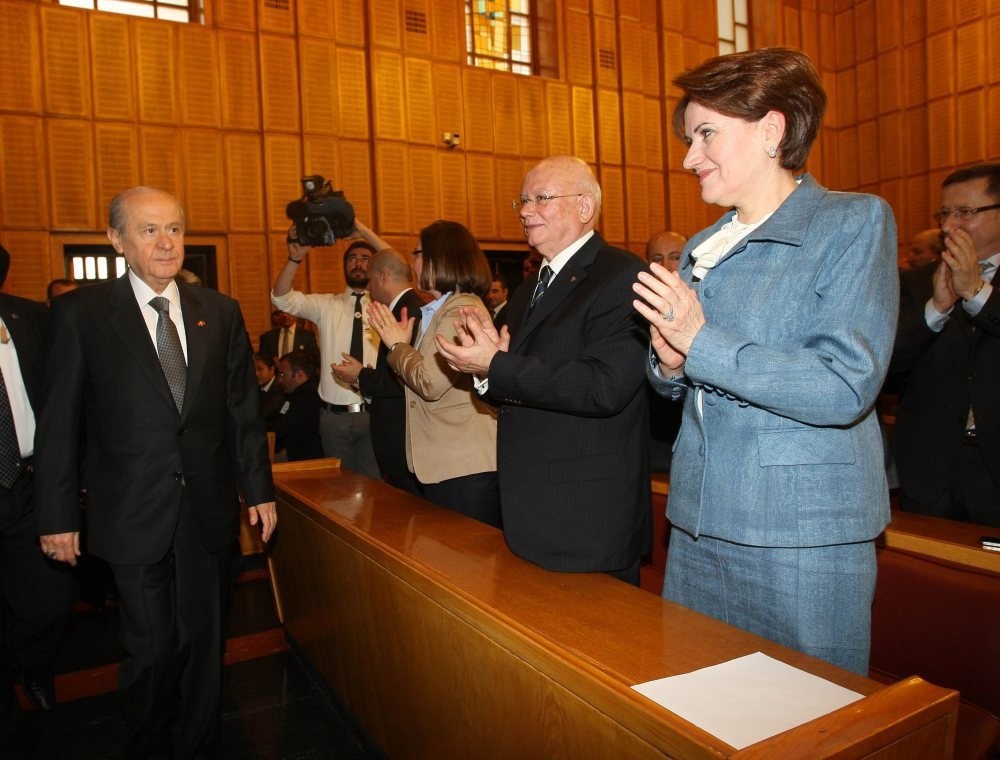 Now that an emergency convention is highly unlikely due to ongoing legal processes, Bahçeli is seeking to retain his post by getting rid of those who do not support him. He is reportedly readying himself to gather the disciplinary committee to expel Meral Akşener, his main challenger.

Conflict between Bahçeli and Akşener shifted to a new level after Akşener organized an end of Ramadan celebration that occurred at the same time as that of the party administration's event.

"The Ankara civil court has issued an injunction on changes and rulings that were taken at the convention on June 19," Yücel Bulut, a lawyer for the MHP administration, told reporters late June.

Following the imposition of the interim injunction on the June 19 emergency convention held by dissidents, Çankaya's provincial election board declared that the MHP party's convention on July 10 cannot elect a chairperson.

Following the June 19 convention, Oğan and Aydın complained that Akşener had changed other party regulations without their knowledge. "Call it the disintegration [of the dissidents] or whatever you like, but if the party regulations are to be changed, all of the changes should be brought and negotiated together," Oğan said, adding that he was not aware of the other changes made to the party regulations.

Aydın also said he did not see any of the changes. "We thought only this one article would be changed," he said. "Meral Akşener's team is at it again. We could have contributed with our experience."

Bahçeli previously said the party was waiting for the decision from the Supreme Election Board (YSK) in order to hold the convention on July 10. "If there are no judicial obstacles, then we will hold our convention at the Ankara Sports Arena in a festive way. However, if not allowed, then we will begin the process of holding the 12th ordinary convention of the party starting with conventions throughout provinces and districts on Oct. 9," he added.As Bahçeli said, October will be a crucial month for the MHP. The dissidents will not have a chance to topple Bahçeli should they fail to change the party bylaws again and elect a chairman until October. Otherwise, the legal period for the 2018 ordinary convention will begin.
Last Update: Jul 09, 2016 6:50 pm
RELATED TOPICS