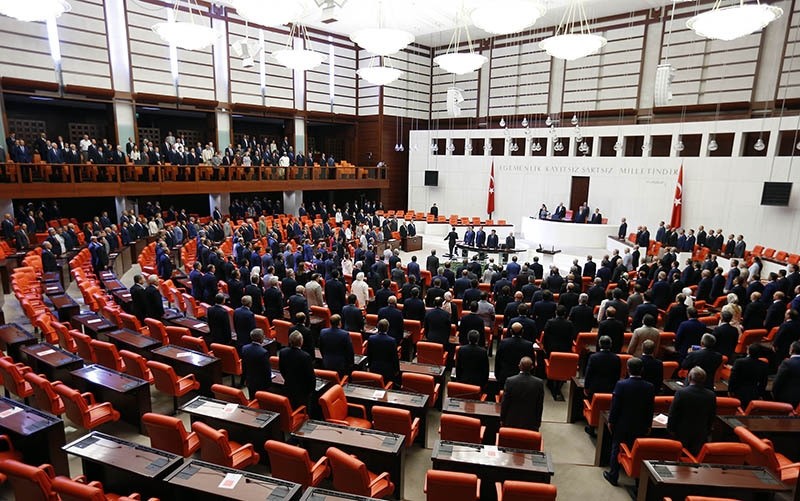 The Grand National Assembly of Turkey convened in an emergency session following the failed coup attempt, as thousands of people chanted outside.

Almost a hundred ambassadors, excluding the ones from the U.S. and U.K expressed their solidarity with the Turkish government by attending the extraordinary session.

The session started with a moment of silence to honor the ones who were killed by pro-coup soldiers during the attempt. Speaker of the Parliament Ismail Kahraman recited all ten verses of the Turkish national anthem, as the parliament accompanied him.

Prime Minister Binali Yıldırım was greeted with applause as he entered the parliament, shaking the hands of some politicians from opposition parties.

Leaders of all four parties at the parliament showed up to issue a joint statement against the coup attempt, which failed with the efforts of Turkish people and police.

They decried the coup attempt by a small clique of Gülenist-linked military commanders which took place late Friday, which was mostly quelled by troops loyal to the government, police units and millions of Turkish citizens taking to the streets in protest.

Prime Minister Binali Yıldırım underscored that those who have inflicted such harm on the nation will receive the necessary punishment they deserve.

''Those who tried to topple the government elected by the people, have been toppled by the people,'' Yıldırım said and added that today is the day when all political parties said no to the coup, and cooperation in the parliament will mark a new start.

The Nationalist Movement Party Chairman Devlet Bahçeli also strongly condemned the coup attempt, saying that it was not just a coup attempt, but was a terrorist attack.

The Deputy Group Chairman of the Peoples' Democratic Party (HDP) İdris Baluken also said that he condemns the coup attempt in strongest terms.

Outside of the parliament, thousands of people gathered to protest the coup attempt, with many of them waving flags and chanting slogans in favor of democracy.