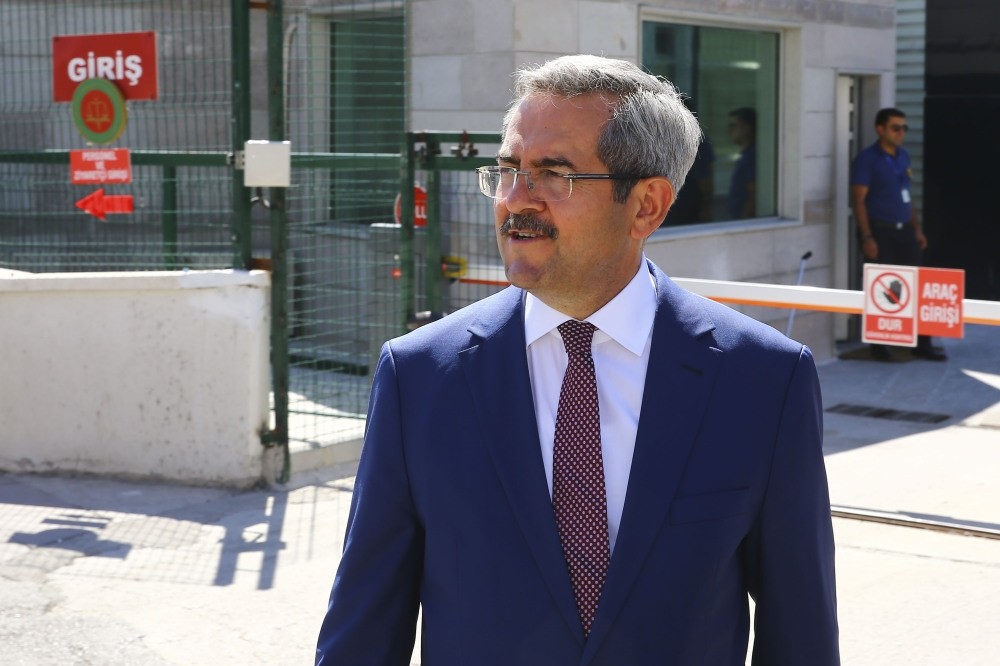 AK Party Adana Deputy Necdet u00dcnu00fcvar
by Daily Sabah Jul 16, 2016 12:00 am
The first Justice and Development Party (AK Party) deputy gave testimony on Thursday after the removal of parliamentary immunities in May.

Adana Deputy Necdet Ünüvar, a former Health Ministry undersecretary, was summoned to give testimony at the Supreme Court of Appeals Prosecutor's Office regarding an investigation into his failing to implement a court decision while undersecretary.

Speaking after his testimony, Ünüvar said: "In respect to the confidence that I have for justice in Turkey, I came here and gave my testimony. Everyone should trust the justice in Turkey. I am sure that it will reach the soundest decision about us."

On May 20, Parliament passed Law No. 6,178 issued in the Official Gazette with 376 votes. It removes parliamentary immunities and case files were sent to prosecutors in the first days of June after President Recep Tayyip Erdoğan signed the legislation into law.

Previously, Nationalist Movement Party (MHP) Chairman Devlet Bahçeli gave testimony at an Ankara courthouse on Wednesday after being charged with publicly instigating violence in a speech at a meeting in 2013.

Speaking afterward, Bahçeli said all deputies summoned to give testimony with summaries of proceedings must face justice. "After today's incident, it is seen that these summons were delivered in a sympathetic manner, and the proceeding was carried out in the same way. It is wrong to cast these proceedings in the shade of previous ones."

The Bursa Chief Public Prosecutor's Office began an investigation into Bahçeli after he spoke at a party meeting on March 23, 2013, in Bursa. Party members chanted slogans at the meeting implying they would kill and die to show loyalty to Bahçeli. He responded by saying, "The time will come for that as well."

"I congratulate Bahçeli. He received the notification and went to the prosecutor for his testimony. Such behavior should be held up as an example for others," he said.

However, the pro-Kurdish Peoples' Democratic Party (HDP) deputies for Muş, Ahmet Yıldırım and Burcu Çelik Özkan, reportedly refused to testify despite being summoned by the prosecutor's office.
RELATED TOPICS