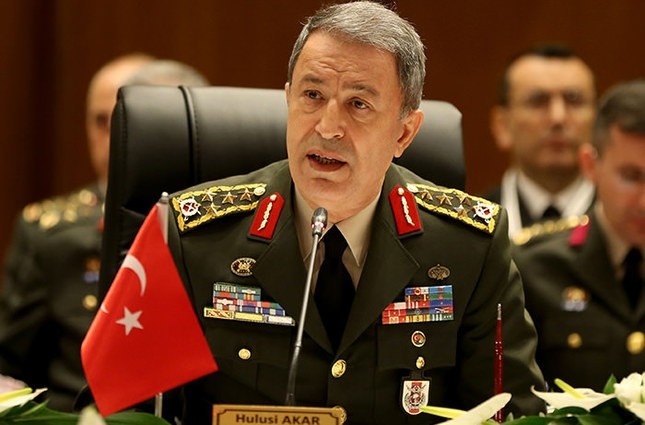 | AA Photo
by Daily Sabah Jul 16, 2016 12:00 am
Chief of Staff Hulusi Akar has successfully been rescued from the pro-coup soldiers at Akıncılar Air Base in Ankara and was taken to a safe place, reports said on Saturday.

During the initial phases of the attempted coup, fighting broke out between pro-coup and anti-coup parties within the headquarters of the General Staff.

Unlawfully detained by the pro-coup soldiers, Akar was transported by helicopter to the Akıncılar Air Base, which is located some 35 kilometers northwest of Ankara.

EU Minister Ömer Çelik said that the coup attempt is 90 percent under control but some commanders are still being held hostage.

Military troops loyal to the government, along with police units and millions of Turkish citizens, have succeeded in quelling a coup attempt, launched by a small military junta linked to the Gülenist Terror Organization (FETÖ), starting from mid-afternoon on Friday.