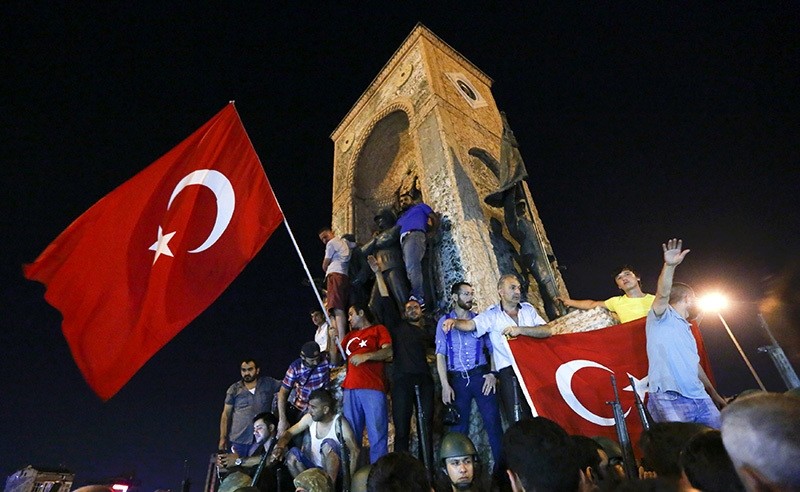 All parties in the Grand National Assembly of Turkey (TBMM) decried the coup attempt by a small clique of Gülenist-linked military commanders which took place late Friday, which was mostly quelled by troops loyal to the government, police units and millions of Turkish citizens taking to the streets in protest.

Nationalist Movement Party (MHP) chairman Devlet Bahçeli made a telephone call to Prime Minister Binali Yıldırım on Friday and said the attempted coup is not acceptable.

According to a statement from the Prime Ministry, Bahçeli said his party is in solidarity with the Turkish Republic.

Later, in a written statement, Bahçeli said an attempt at suspending democracy and ignoring the national will is a big mistake against Turkey.

"The price Turkey will pay will be considerably high in the event of a civil war in Turkey. As Turkish people, we need to be distant to all kinds of interventions risking our national unity and integrity," he said.

"This country was wracked with coups. We do not want to go through the same troubles. We'll protect our republic and democracy; keep our commitment to the free will of our citizens."

A minority group within the Turkish military took illegal action outside the chain of command in an attempted coup late Friday as warplanes and helicopters flew above the heart of the capital Ankara.

Droves of protesters took to the streets to demonstrate against the illegal coup attempt.

In a joint written statement, Peoples' Democratic Party (HDP) co-chairs, Selehattin Demirtaş and Figen Yüksekdağ, said no one replaces himself as the national will. "HDP takes a stance against every coup in every condition."

"There is no way beside protecting the democratic politics," it added.