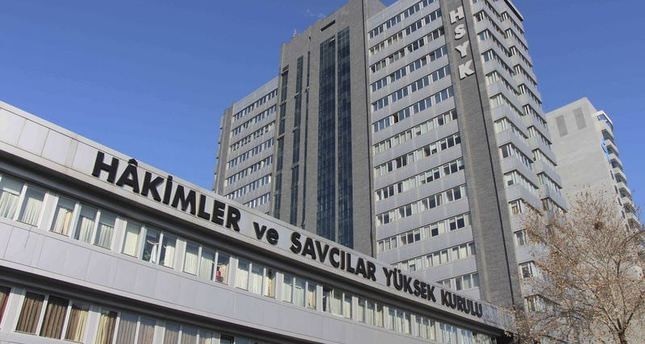 The Turkish Supreme Board of Judges and Prosecutors (HSYK) ordered the detentions of 2,745 judges hours after removing them from their posts at an extraordinary meeting on Saturday, which comes after a failed coup attempt by the Gülenist Terror Organization (FETÖ), while 11 prosecutors, 10 Court of Appeals members were arrested and arrest warrants were issued for 140 others.

Some members of the state council who have connections with the FETÖ terror organization were already detained, according to the Anadolu Agency.

At least 1,563 army personnel, including give generals and 29 colonels were detained across Turkey on Saturday according to the Interior Ministry, after a bloody coup attempt by the FETÖ terror organization, headed by U.S.-based preacher Fethullah Gülen, who is said to have infiltrated Turkey's state apparatus with thousands of followers in an effort to overthrow the democratically elected government.

As a result of the attempted coup, 161 people were killed, including 41 police officers and 47 civilians, while over 1,154 people were injured. Some 104 pro-coup figures were also killed.