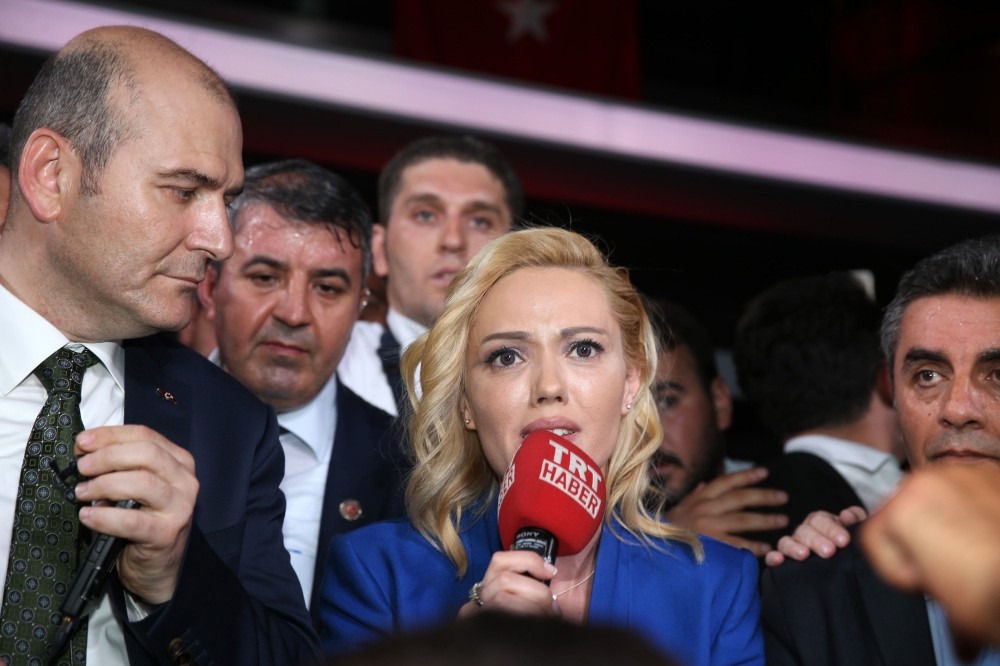 Speaking to Daily Sabah about the events at the TRT building, the deputy director-general of TRT İbrahim Eren said that the coup soldiers raided the building claiming that they were there to prevent a DAESH attack from happening. "They said they came to our building to protect us from DAESH. Therefore our employees did not react to them," Eren said.

Eren explained that they realized what was going on after the soldiers handcuffed employees and hit some with gun strokes. "Hundreds of people flocked to the yard of our building with Turkish flags after they heard the news."

Explaining how Tijen Karaş, the news presenter that read the coup declaration, could do it, Eren said that the soldiers directed heavy machine guns at her, saying: "You will read it or we are going to shoot you." Resisting against the raid on the TRT building, Eren said he was outside with citizens that approached soldiers with great caution. "We did not move back even though they opened fire. We approached bit by bit and tried to convince the soldiers to lay down arms. Some of them burst into tears and handed their rifles over," he said. Having neutralized the soldiers, hundreds of citizens entered into the TRT building and freed Karaş. "The citizens were not violent even though some of the soldiers pointed rifles at them. Our president's words were enough for us. We flocked to the streets," he added. After retaking the TRT studio, Karaş made a statement regarding the incident. "It was the most difficult bit of coverage of my life. We were captured in our studio by armed people. Our hands were handcuffed from behind. We were threatened. I was forced to read the statement by armed people," Karaş said, explaining why she appeared on TV reading a coup statement.

Emre Başaran from Daily Sabah talked about Friday night's story. "They had heavy machine guns and randomly opened fire at our building," Başaran said, adding that he got under a desk to protect himself from getting shot. "We heard jets flying over us all night long," he added.

Recalling the citizens' support for the Sabah building, Başaran said: "Hundreds of people gathered in front of our building in case a raid was carried out. They waited here all night long."
RELATED TOPICS