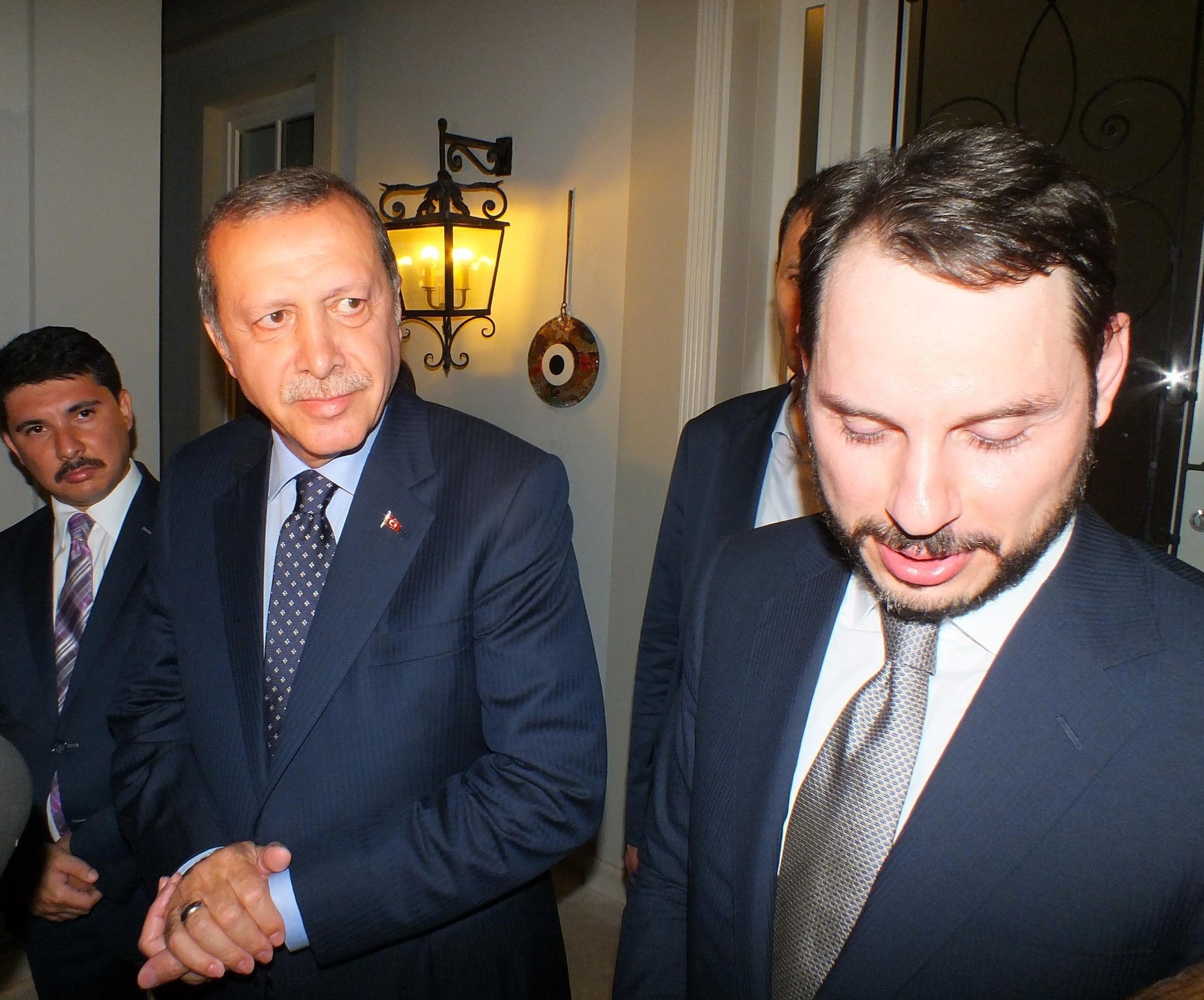 Speaking to A Haber, a leading news network of Turkuvaz Media Group, Berat Albayrak, the Minister of Energy and President Recep Tayyip Erdoğan's son-in-law, spoke out about the historic night of the attempted coup.

He said that President Erdoğan was calm and in control throughout the whole night and insisted that they flew to Istanbul.

In the case that Istanbul was taken over by coup plotters we had four other alternatives, Bodrum, Dalaman, İzmir and Aydın, Albayrak continued.

The destination was actually decided by the president at the last minute, he added.

"After getting different warnings from various people, we got in touch with government executives. We first talked to Prime Minister Binali Yıldırım. As time went by, we realized that it was a coup attempt, we knew this around 09:30 -10:00 p.m."

"As the president said yesterday and the day before, there was indeed a weakness in intelligence that night. Some state institutions didn't make the necessary explanations," he reminded.

"There were three helicopters doing observational flights over us. We simultaneously phoned national media outlets to let them know what was going on. We only managed to establish a live braodcast via phone," he added.

"He [Erdoğan] performed his ablution, he prayed and then we all walked to the helicopter," said Albayrak, telling step by step of what actually happened that night.

"The jets were literally flying past us 50 meters away, we managed to arrive in Istanbul without being noticed, almost like a ghost."

The Turkish nation wrote their own success story he said, adding: "From a historical viewpoint, this will be an event that will not be forgotten for many many years. History has not witnessed such an event happen before."

Albayrak also added that Justice Minister Bekir Bozdağ and Interior Minister Efkan Ala will travel to the United States next week to hold meetings seeking the extradition of Fethullah Gülen, the putative leader of the Gülenist Terror Organization (FETÖ), who is considered by Ankara to be the mastermind of the attempted military coup.

On July 15, a small military junta linked to the Gülenist Terror Organization (FETÖ) attempted to topple the democratically elected government in Turkey and bring martial law. The attempt was prevented by military troops loyal to the government, along with police units and millions of Turkish citizens in favor of democracy. 246 people, consisting of mostly civilians, have been killed by pro-coup soldiers, while over 2,000 people were injured. Turkey's opposition parties have united against the coup attempt, condemning it in the harshest terms and underscoring their determination to preserve democracy and the rule of law in Turkey.