Military to continue to work with determination, Chief of Staff Akar says 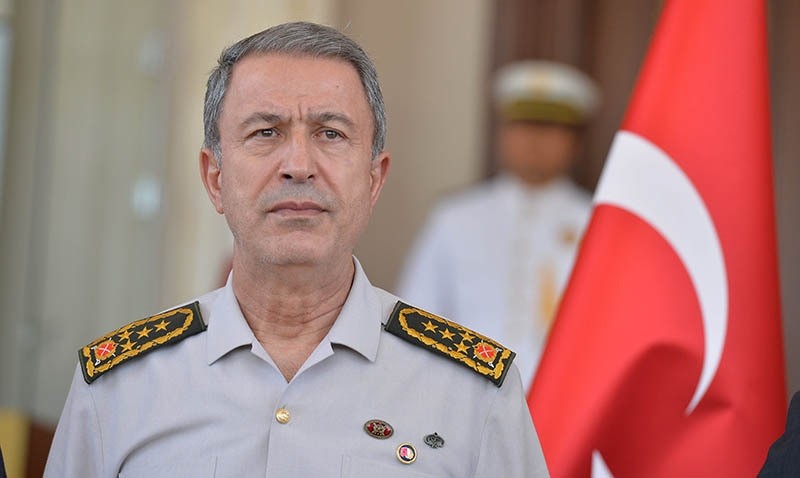 Chief of General Staff Hulusi Akar said on Sunday that the military would continue to fulfill its obligations with regards to ensuring security in the country, in cooperation with the police.

Akar visited Ankara Police Headquarters and said that the military will work with determination to perform their duties.

He underscored that the perpetrators of the coup attempt would receive the 'most severe punishment' and added that they have inflicted great damage on the country and the army, while he said that they cannot be considered as soldiers and are 'terrorists wearing military uniform.'

Unlawfully detained by the pro-coup soldiers on the night of the coup attempt, Akar was transported by helicopter to the Akıncılar Air Base, which is located some 35 kilometers northwest of Ankara.

Akar is expected to meet President Recep Tayyip Erdoğan at 17:30 at the Presidential Complex in Ankara on Sunday.