Two-thirds of Turks say Gülen behind the coup attempt 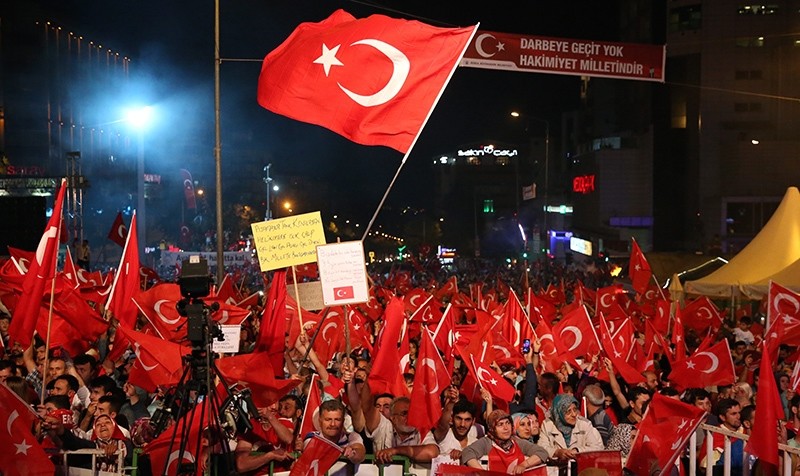 | AA Photo
by Daily Sabah with Reuters Jul 26, 2016 12:00 am
Almost two thirds of Turks believe U.S.-based Fethullah Gülen was behind a failed coup attempt in Turkey on July 15, a survey conducted by pollster Andy-Ar showed on Tuesday, backing the government line.

President Tayyip Erdoğan says Gülen, who has many followers in Turkey, masterminded the plot, having long accused him of infiltrating the army, police, judiciary, civil service, education and media to control the state.

Turkey wants the United States to extradite Gülen, while Washington has said it will do so only if there is clear evidence.

Turkish authorities have launched a series of operations in the armed forces, police, judiciary and education system, targeting followers of Gülen, whose network operates on a secretive structure.

The survey showed 72.6 percent of respondents thought other states supported military officers who carried out the coup, while 78.9 percent viewed the solidarity between Erdoğan and opposition leaders during the coup attempt was genuine.

It also showed 83.9 percent of respondents watched Erdoğan's initial comments on the night of the coup attempt and that 65.7 percent of people or a relative of theirs went out onto the streets after Erdoğan's call to do so.

Asked if they wanted Gülen to be brought to Turkey, 81.5 percent of respondents said 'yes', while 77.7 percent thought Gülen and his sympathisers constitute a threat to the present order and future of Turkey.

The study was done by phone interviews with 1,496 people on July 19, Andy-Ar said.

Military troops loyal to the government, along with police units and millions of Turkish citizens,successfully thwarted a coup attempt, launched by a small military junta linked to the Gülenist Terror Organization (FETÖ).

At least 246 people were killed and over 2,100 injured during the bloody coup attempt.