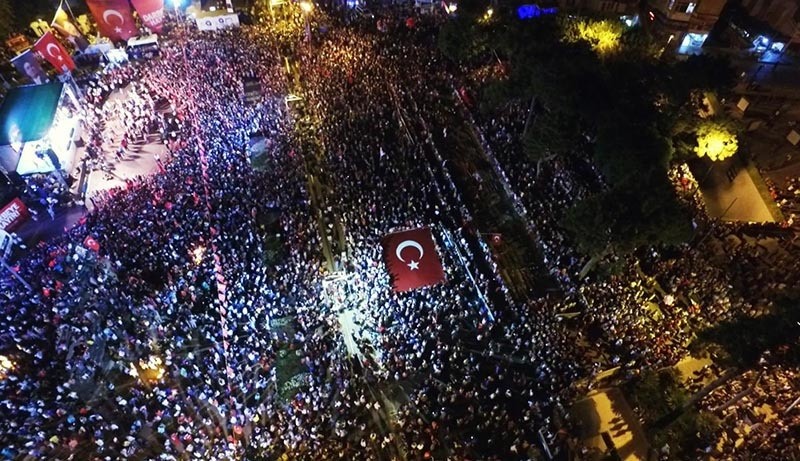 In a statement, it said parliamentarians and people of the alliance must be "vigilant" to protect these values and it is "crucial" to be in solidarity.

"A faction led by FETÖ attempted to stage a coup against our government, our nation and our democracy. It was the Turkish nation who thwarted this attempt," it added.

It also said Turkish people showed "historic" solidarity, adding: "They stood bravely in front of the tanks, military helicopters and F-16 fighter jets and reclaimed their democratic rights and freedoms."

During the coup attempt, FETÖ attacked the Turkish parliament, offices of the presidency and prime ministry, headquarters of the national intelligence organization and police special operations.

"Members of parliament from three major parties headed by the Speaker of the Grand National Assembly of Turkey gathered in the plenary hall, risking their lives under heavy air attacks in order to defend democracy, national will, the rule of law and the rights and freedoms of Turkish people," the statement said.

The delegation added all political parties and members of parliament stood "firmly" by democracy, democratic institutions and the Constitution.

Turkey's government has said the deadly coup attempt, which killed at least 246 people and injured more than 2,100 others, was organized by followers of U.S.-based Fetullah Gülen.

Gülen is also accused of a long-running campaign to overthrow the state through the infiltration of Turkish institutions, particularly the military, police and judiciary, forming what is commonly known as the parallel state.