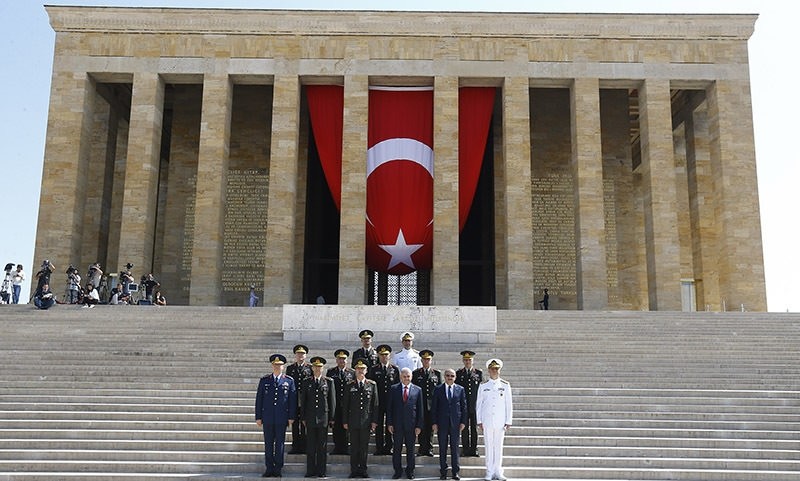 Two of Turkey's four-star generals, who are members of the Supreme Military Council (YAŞ) resigned on Thursday, hours before of a critical meeting to restructure the country's military following a failed coup attempt by a group of rogue soldiers from the Gülenist Terror Organization (FETÖ).

The two generals were expected to attent the meeting, which will take place in Çankaya Palace for the first time, instead of General Staff headquarters.

Radical decisions are expected to be made at the YAŞ meeting and changes to military commanders are also expected. Naval Force Commander Adm. Bülent Bostanoğlu is likely to be superannuated and Fleet Commander Vice Adm. Veysel Kösele is expected to replace him.

A total of at least 91 new generals are expected to be appointed at the meeting.

On Wednesday, he Turkish military dismissed more than 1,500 soldiers, including the masterminds of the failed coup attempt, General Akın Öztürk and General Adem Huduti over their links to the Gülenist Terrorist Organization (FETÖ).