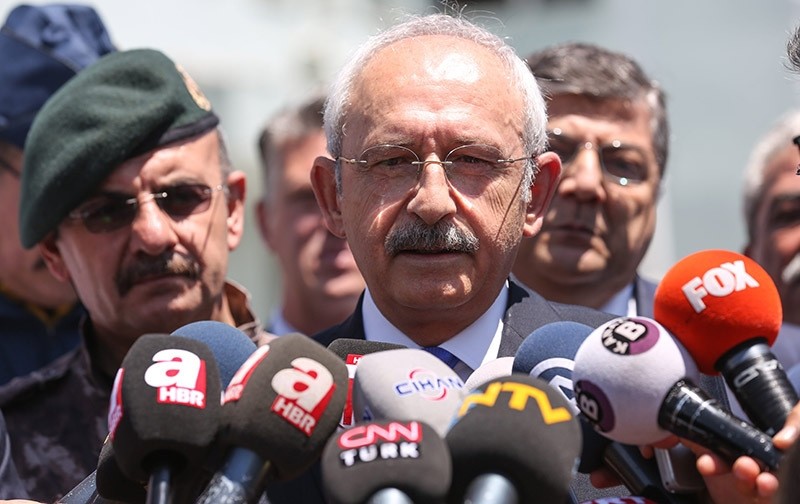 "Changing the constitutional system and disabling an elected government through a coup are crimes under our laws," Kemal Kılıçdaroğlu, leader of the main opposition Republican People's Party (CHP), told news channel CNN Turk.

"For this reason, the involvement of those [pro-coup soldiers] in the armed forces is not right, their dismissal is normal," he stressed.

Since the July 15 failed military coup, a total of 149 generals and admirals have so far been expelled from Turkey's land, naval, and air forces.

In addition, more than 1,000 military officers have been dismissed.

But Kılıçdaroğlu also urged that the purge be carried out carefully, so as not to remove innocent soldiers from the army.

Turkey declared a state of emergency following the coup attempt that resulted in the deaths of nearly 250 people and more than 2,000 injuries.

The government has said the deadly coup attempt was organized by the followers of U.S.-based Fetullah Gülen.

Approximately 13,000 members of the military, police, and judiciary as well as civil servants have been arrested since the failed putsch, and tens of thousands more removed from their posts.